Check them all out below, and to quote from Sony Social Media Manager Justin Massongill on Square Enix's upcoming Final Fantasy VII Remake Demo:

There’s been a lot of chatter online since FF7R’s initial reveal from die-hard fans who are skeptical of the remake’s transition to a more action-oriented battle system. It’s good to be skeptical — it’s a big shift for one of the most revered games of all time — but I am both thrilled and relieved to report that while combat looks fast-paced and action-heavy, in practice there’s far more of that traditional turn-based DNA embedded here than you might think.

In the hours following my hands-on time with the game, I found myself describing it to friends as a modernized approach to the original’s turn-based combat. Remember how much time was spent waiting for ATB gauges to fill in the original? Remake basically just gives you fun stuff to do while you’re waiting.

Sure, your ATB gauges will fill up slowly on their own, but hammering enemies with standard attacks will accelerate the process. During gameplay this means more exciting combat that still feels faithful (perhaps even reverential) to the spirit of the original game.

Allow me to elaborate. There’s a “standard attack” you can execute by hammering the Square button, and you can block with R1 or dodge with Circle. Sure, this all looks flashy and feels fun, but leaning on these skills isn’t going to get you through battles very quickly. The meat of the combat in Remake is Tactical Mode, which you can enter at any time by pressing X.

When you go Tactical, time slows nearly to a stop and you gain access to a menu with options for Abilities, Spells, and Items. You have plenty of time to plan a course of action here — think of this more like a cinematic version of the turn-based combat from the original game.

Equipping Materia to a character’s gear still grants access to various spells, and elemental weaknesses seem to play a significant part Remake’s combat. When battling the iconic Scorpion Sentinel boss, I was watching Barret’s ATB bars like a hawk since I knew he could cast Thunder — an attack the Scorpion definitely did not enjoy getting hit by.

I found myself swapping between Cloud and Barret a bunch, getting up close with Cloud’s standard attacks to fill up ATB bars and slinging hard-hitting physical Abilities, then swapping to Barret to hit the boss with Thunder and keeping the party healed up with the Cure spell (and every so often tossing out a potion or ether, which also consumes one ATB gauge).

Side note: Barret’s arm-mounted machine gun opens up interesting ranged combat options in this battle and in the moment-to-moment scraps against weaker foes.

Another gauge I kept an eye on during this boss fight was the Stagger gauge, displayed just below the boss’s health bar. Dealing enough damage to max it out staggered the boss, stopping its assault temporarily and increasing damage from all other attacks for a short time.

Sometimes one of your characters can get pinned down or otherwise restrained by an enemy, forcing you to swap to another team member to try and dish out enough damage to free your friend. This serves as a good reminder that you should swap between characters frequently, since they each have their own ATB gauges and powerful abilities to go with ‘em.

And, of course, the Limit Break returns. Taking damage fills up your Limit gauge, and once that’s full your Tactical menu gains a new option: that beautiful, animated, rainbow-tinted “LIMIT BREAK” option. Let ‘em have it! 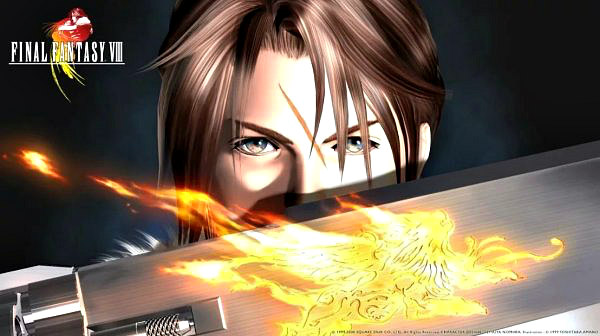 Developer
Senior Member
Contributor
Verified
I know VII was a hard act to follow, but I really liked VIII a lot! Not better than 7, but I enjoyed it far more than many other rpg's out there. The opening music is insane! So that this is a remaster is great.

I honestly think 7 should have been remastered FIRST then wait a couple of years and do the remake. I hate this episodic thing. This is just so they can start making money now on the first episodes and then make more later and that gives them more time to actually "finish" it. But the first couple of episodes could be great and the last ones may suck. We'll see.

It has a tough road ahead as it WILL be compared to the original, its going up against those childhood (or young adult) memories from that generation, the fact that the original is one of the greatest games ever...and already its been delayed, again and again, now its episodes....so it has some major strikes against it! not good.

But a great FF VII remake, can overcome everything....let's see.

Senior Member
Contributor
Verified
Lets hope that it will not be repeated FF XV history. 10 years, and released unfinished & unpolished. Hope it will be same grat as Resident Evil 2 Remake!!! And hope that FF VIII Remaster hits not only PS4, but PC also...

Senior Member
Contributor
Verified
Sincerely, I pray, dream and hope that the FF7R is the game that the devs expect to be able to make a new hen or a CFW.

because it's the game that I've been waiting for the most .... T_T

Member
Contributor
Verified
Been waiting for this FF7 remake in ages, I am glad finally the remake is coming ^_^ I can''t wait for them to release it next year... so excited!!!

Member
Contributor
I wish they release it sooner.

Senior Member
Contributor
There are a lot of mods available for the PC version of FF7. The Final Fantasy VII Remako HD Field Mod remasters the backgrounds using AI, and others redo all of the field and battle character models. It doesn't look as good as the official remake of course, but it does retain the original gameplay.

Waiting to be play FF8 remastered...

seems got better graphics on this!

Member
Contributor
Verified
Loved VII on PSP, would love to play it on PS4 too