And from the Cryptogenic PS4 4.0x Code Execution PoC README.md, to quote:

The commenting and reorganization was mostly for my own learning experience, however hopefully others can find these comments helpful and build on them or even fix them if I've made mistakes. The exploit is much more stable than FireKaku and sets up the foundation for running basic ROP chains and returns to normal execution. Credit for the exploit goes completely to qwertyoruiopz.

Simply setup a web-server on localhost using xampp or any other program and setup these files in a directory. You can then go to your computer's local IPv4 address (found by running ipconfig in cmd.exe) and access the exploit. 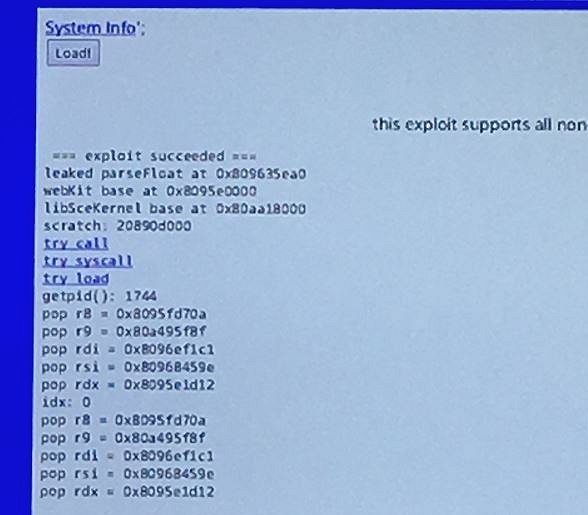 Senior Member
Contributor
Verified
Mirror for the poc from @SpecterDev

Senior Member
Contributor
Verified
Wooow good work thanks for sharing i still on 3.55

Member
Contributor
Using https://ps4.nerdybits.co.uk on my 4.01 give me:

Error: System may be vulnerable but does not have a valid import map!

Senior Member
Contributor
Both 4.06/4.07 are supported.