Without further ado, check them out embedded below!

Take the role of a newly built robot named Blitz and try to escape the maniacal machinations of the factory where you were created! Blitz Breaker is a fast-paced action platformer with one big twist – Blitz can’t run.

That means you’ll need to jump and air dash everywhere you go, navigating the confines of the perilous factory by wall-jumping, avoiding traps and enemy weapons, smashing into barricades and thinking strategically.

Blitz Breaker launches on July 7th for PS4 and PS5.

A Plague Tale: Innocence is now enhanced for PS5. Follow the critically acclaimed tale of young Amicia and her little brother Hugo, in a heartrending journey through the darkest hours of history.

Hunted by Inquisition soldiers and surrounded by unstoppable swarms of rats, Amicia and Hugo will come to know and trust each other. As they struggle to survive against overwhelming odds, they will fight to find purpose in this brutal, unforgiving world.

Power, wealth, immortality, at one point or another, Galeb has had it all. He's traveled the world, amassed a fortune, and established himself as one of the oldest and most feared Vampires in the city of Boston. And yet, he's left wanting, grasping for something he's lost. Or perhaps something that was never there to begin with.

Galeb is one of the 3 playable characters whose intertwined stories will decide the fate of Boston in Vampire: The Masquerade - Swansong, coming in February 2022 to PlayStation 5 and PlayStation 4.

King Louis XVI's automata army is terrorizing the citizens of Paris. Join the Revolution as Aegis and fight against this reign of terror to try and change the course of history!

Steelrising will release in June 2022 on PlayStation 5.

The war may be over, but for you, the nightmare never ended. Can you say the fight is truly over if you're left fighting for your sanity? Will you even live to see another night?

In Ad Infinitum, you play a conscripted German soldier returning home after the Great War, but the trauma you experienced in the trenches continues to haunt you.

Each night hallucinations filled with horrific creatures, death traps, and mysteries mark your path to recovery. Overcome them to free yourself from your trauma and tear the veil of other, perhaps even more terrible mysteries.

Ad Infinitum will be available on PlayStation 5.

Brutal, crazy, tactical... this is BLOOD BOWL! The iconic death sport returns with the new video game of fantasy football faithfully using the latest board game rules and new content.

To celebrate the 50th anniversary of the championship, WRC 10 is offering a brand-new Anniversary edition, packed with new content and sensations. Relive the most intense moments of Sebastien Loeb's career, from his victory in 2002 during Rally Deutschland, at the Rally Sweden in 2004 to more recently for the Rally de Espana in 2018!

During the NACON Connect, the microphone was handed over to Sir Bob Cornelius Rifo from the group The Bloody Beetroots, who announced his contribution to the game's original soundtrack.

RiMSRacing will be available August 19, 2021 in Europe and August 24 in the Americas, on PlayStation 5 and PlayStation 4. Pre-orders are now available on the PlayStation Store.


The Lord of the Rings: Gollum A Unique Promise PS5 Trailer

Harald Riegler, Producer at Daedalic Entertainment, provides more details about The Lord of the Rings: Gollum. In this action-adventure game combining stealth and parkour, you play as one of the most complicated and iconic characters created by J.R.R Tolkien.

Tormented and constantly switching between two personalities, Gollum is a different type of "hero" and the central character in this story that takes him from Mordor to the depths of Moria.

The Lord of the Rings: Gollum will be available in Fall 2022 on PlayStation 5 and PlayStation 4.

The next step in your Solar Crown adventure starts today. Kylotonn Studios and Nacon Publishing are proud to present the location of Test Drive Unlimited Solar crown as Hong Kong Island!

Navigate the bustling island in glorious 1:1 scale, and be asborbed by the city. Pick your path as either STREET or SHARP and let your personality shine.

Welcome to the world of Zenozoik. Explore this strange and inhospitable land as Pseudo, a powerful warrior drawn into a quest to obtain the Artifacts of Chaos.

There is only one law in Zenozoik: a deadly game of dice that decides the rules of engagement. Obey these rules in brutal hand-to-hand combat, grappling, dodging, and striking your enemies using a wide variety of fighting styles.

Take a look at the Opening Animation for Tales of Arise. The game releases on September 10th, 2021. Pre-order today!

Set in the iconic Alien universe, Aliens: Fireteam Elite is a cooperative third-person survival shooter that drops your fireteam of hardened marines into a desperate fight to contain the evolving Xenomorph threat. Pre-Order NOW: AliensFireteamElite.com


Tails of Iron Teaser PS5 Trailer: Welcome to the Kingdom

Okay, everyone! Doki Doki Literature Club Plus is NOW AVAILABLE on PS4 and PS5! Join the Literature Club, write poems for your crush, and experience the terror of school romance today!

Coming to PS5 and PS4 on August 3. Join Game Director James Anderson and 3D Artist Corey Kasperski from Ratloop Games Canada as well as Senior Community Manager Jens Erik Vaaler from Frontier as they give you the inside scoop on Lemnis Gate. 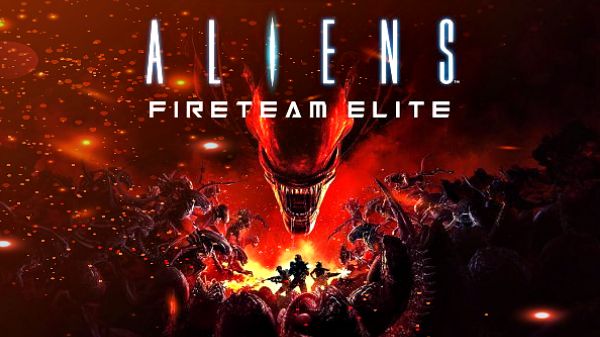