Following the first Blu-Play homebrew game release and 8-bit Memoirs eBook, the team behind Ukko's Journey is back: LuBlu Entertainment is creating their 2nd Blu-Play game these days, titled The UFO Game!

You can consider The UFO Game! to be a kind of modern version of Satellite Attack. At least that was the thought behind the project.

When looking at Satellite Attack (which you will in a minute), it is clear to see that it was heavily inspired by the even older game Asteroids, but as with all Videopac G7000 clones of various games, it adds a few twists and changes compared to the original game, often resulting in a very different gameplay, which you will either love or hate.

I could attempt to explain the gameplay of Satellite Attack here, but it would be much easier for everyone if you'd just watch this video from Classic Game Room instead.

For more videos and stories about Videopac G7000 games, you can check out 8-bit Memoirs.

As you can see in the video from Classic Game Room, the firing mechanism is somewhat out of the ordinary. And this is something you'll either find hilarious, or else utterly hate. The UFO Game! is obviously only for those who'll find it hilarious. 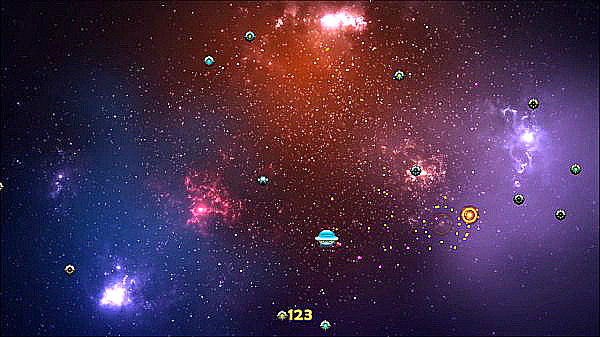 While LuBlu's first Blu-Play game was just a port of an old JavaME cellphone game of theirs, (Ukko's Journey is actually 10 years old today), The UFO Game! can be categorized as a dedicated Blu-Play game: It is written specifically for the platform and therefor tailored to fit the characteristics of Blu-ray.

One example of this is the use of videos: The UFO Game! makes heavy use of videos for backgrounds, rather than having the game engine draw a lot of graphics.

This basically means that any CPU hungry background graphics rendering has been moved away from the graphics engine of the game, to the video player of the console. And this results in less work for the game engine, effectively giving the game a higher framerate, and a more impressive look.

Not that we're in need of higher framerates for Blu-Play games. (At least not on the gaming consoles). Ukko's Journey, which does not use videos for backgrounds, still runs with about 170 fps on PlayStation 3. It's another matter for standard Blu-ray players though. (Yes, you can play these games on a standard Blu-ray player too! See a comprehensive list of platforms here).

So as you can see, there's plenty of CPU power for any average homebrew game with the Blu-Play platform.

See the Blu-Play developer pages on the official site here.

Like Ukko's Journey, The UFO Game! is planned to offer online highscores, for the PSX homebrew community to compete against each other - something LuBlu Entertainment feels ought to be a part of far more homebrew games.

The UFO Game! is strictly a sparetime hobby project, which generally means that development is slow. It's a few minutes here and there, in between job and family and other obligations. It is therefor impossible to say anything specific about a release date, but it should be some time within 2-4 months. 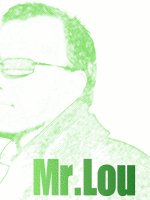 This scene has screwed your minds.

Staff Member
Moderator
Contributor
Verified
Thanks, I added it to the OP now also.

Developer
Senior Member
Contributor
Well, I gotta accept that I just don't have the necessary time for this project. So I'm gonna aim for a "lite" release the 1st of November. I'll just call it version 0.3

It won't have the online highscores, and it won't be the "full" game I originally imagined. But I suppose it'll be better than not releasing anything.

How very annoying that this grown-up life just doesn't leave any time for fun projects like this.

Staff Member
Moderator
Contributor
Verified
You're definitely not facing the frustration alone though... I find myself saying THAT very thing quite often these days too.

Needless to say, we look forward to whatever you decide to share with everyone and always will!

Developer
Senior Member
Contributor
One week to go. Looks like it's going to work out.
All things considered, I'm rather satisfied with the result till now.
It will be for PS3 and PS4. Won't be playable on XB1.
Stay tuned.

Staff Member
Moderator
Contributor
Verified
Whoohoo! Looking forward to checking it out when it's ready, and thanks for the progress update!

Staff Member
Moderator
Contributor
Verified
I was almost waiting for a Star Wars 3D text effect, but your story scroller still does the trick. Added the latest video to the OP!