Here's a new round of PS5 gameplay videos this weekend since our previous update showcasing the gruelling action-RPG Thymesia for those in the PlayStation 5 Scene with descriptions from each trailer below.

Redout 2 is coming May 26th! Get ready to experience the

stunning futuristic visuals and the

Thymesia is a gruelling action-RPG with fast-paced combat and an intricate plague weapon system. In a kingdom where death spreads, play as a mysterious character known as Corvus.

Thymesia is coming to PlayStation 5 on the 9th August 2022.

How does one defeat a God of Destruction? Great question, dood! In our newest trailer, we cover everything you need to know, including the basics of combat, how the Dark Assembly works, diving into the Item World, and more!

As a vow to his dying Master, the young swordsman Hiroki is sworn to protect his town and the people he loves against all threats.

Faced with tragedy and bound to duty, the lone samurai must voyage beyond life and death to confront himself and decide his path forward.

The first Sifu content update is now live! It includes new difficulty settings that will allow players to make the game easier, or even harder!

The update also adds a new outfit feature, an advanced training mode that let players face any enemy in the game along with various quality of life improvements such as a dark mode for the in-game menus, better mouse & keyboard support and improved HUD readability.

Wildcat Gun Machine is an explosion roller coaster ride! Enter a bullet hell dungeon crawler where you take on hordes of disgusting flesh beasts with a wide variety of guns, giant mech robots, and cute kittens.

PlayStation Plus members can add FIFA 22 to their library at no extra cost up until June 6, 2022.

Plus get a PlayStation Plus FIFA Ultimate Team Pack featuring 11 players rated 82 or above and an ICON Moments Loan Player Pick!

Race, aim, fire! Blast hordes of demons at lightning speed in bloody gunfights across a series of increasingly intense trials.

Slow time to pull off impossible headshots, bunny hop to pick up speed, slide around corners and shred foes with destructive shockwaves! Die and retry to pull off the perfect run, then prove your worth on the global leaderboard to let the world know you’re the greatest demon slayer.

Race against the clock to overcome every challenge that comes your way, unlocking and unleashing an arsenal of devastating weapons and powers. Compete with your friends and the community to get the highest score and race the ghosts of anyone online – even your favorite streamers!

Whether you’re an eSports pro or a shooter beginner, you’ll progress to become an FPS master.


Deliver Us Mars Journey to the Red Planet PS5 Trailer

Sequel to the award-winning Deliver Us The Moon, Deliver Us Mars is an atmospheric sci-fi adventure offering an immersive astronaut experience.

Explore new frontiers on a suspense-fueled, high-stakes mission to recover the ARK colony ships stolen by the mysterious Outward. Wishlist now on PlayStation.

The Outbound Ghost is an adventure RPG about helping ghosts ascend to the afterlife. The town of Outbound is, quite literally, a ghost town – a home to troubled spooks with unresolved earthly issues, condemning them to an eternity haunting their old ahem haunts.

Battle the past, gain new abilities, solve puzzles, and uncover the mysteries of Outbound to help its unliving residents find peace, freeing them from the shackles of their ghostly limbo.

Flamboyant, radiant and former jazz diva, Emem is a vampire of the Clan of the Rose. Learn more about her development in her Character Spotlight.

Make choices that will define the future of Boston in Vampire: The Masquerade - Swansong coming to PlayStation 4 and PlayStation 5 on May 19th.

Pineapple-radish salad is a favorite dish of the Chef named Chefy. Once again approaching the refrigerator, Chefy magically finds himself in new worlds in which he has to find the ingredients for his favorite dish!

Armed with your culinary skills and ingenuity, embark on this delicious adventure! Collect ingredients as you make your way through dense jungles, snow-capped mountains and a viscous swamp.

Overcome 60 levels full of adventure and fun together with Chefy! Pick up unique cooking tools that will unlock superpowers for you, such as climbing walls with a sharp knife, teleportation with a frying pan and high jumps thanks to a cooking hammer!

Search and collect secret burgers at each level, with which you can unlock new items in the Chef's wardrobe.

Prepare to escape to the great outdoors in our newest level, LUMBER. Play Human: Fall Flat now to experience a woodland adventure of a lifetime.

Climb, zipline and swing through the canopies, or ride the roiling rapids through verdant vegetation. Grab up to seven friends and have your teambuilding skills pushed to the limit in LUMBER! This level from Workshop creator David Nielsen is the ultimate team bonding experience.

Leap from upturned logs and swing from monkey bars before experiencing the sheer exhilaration of white water rafting! Watch this Human: Fall Flat trailer and marvel at all the wonders ahead of you in LUMBER! Buy the Human: Fall Flat game now on PS4 & PS5.

Welcome to Miami! Say hello to the Sunshine State, as it’s time to sizzle in the MiamiGP circuit as F1 heads to its newest track stateside!

With 19 corners and three DRS zones, there will be plenty of opportunity for overtakes at the brand-new Miami International Autodrome street circuit in F122game. New physics, tyre, and handling models are added to F1 22 to bring this year’s regulation changes to life, allowing for closer, more exciting racing.

Pre-order before May 16th and you’ll receive a special Miami-Themed Content Pack.

REMOTE LIFE is a 2D Side scrolling space shooter. Experience a fast paced action game with insane scary graphics, and hyper jump into a brutal-frenetic-techno-alien world.

Free the world from this dreadful nightmare before its nauseating breath of horror destroys mankind. Releasing on May 27th. 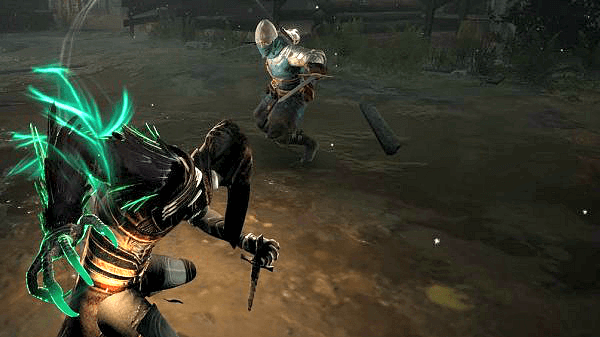 VIP Member
Senior Member
Contributor
Verified
$ony can do better, Thank You for the info.

Member
Contributor
Verified
Yeah, nothing jumps out at me.