Check out the OpenIV: What's new in 3.0 video demo below, and to quote: Today, we are releasing OpenIV 3.0 with some surprising features, please take a look:

Whats new in OpenIV 3.0
We are happy to announce new platform support for Grand Theft Auto V, please welcome PlayStation 4 (Orbis). We never actually thought this will be possible, but files for PS4 version of GTA V are available, so why not?

As always in the beginning of the support for new game or platform, not all OpenIV features are available. As for now, we have basic support for Archives, Textures, Models, Collision Bounds, NavMeshes and Audio files. You can open all those files in inbuilt OpenIV tools, but there is no openFormats exporting or editing capabilities. Since PS4 have some specifics in GTA V RAGE Resources please consider this support as BETA and report any issues you may encounter. Please do not expect same level of features support as we have for PC version.
You might also have question, where to get the PS4 game files. We cannot answer this question; this is something you need to figure out by yourself. You need to have game files on your PC. When you got the files, you also need decrypted version of eboot.bin, if you have the files you probably already know where to get it.
As our first step in GTA V Animations support, we added new feature for playing vehicles animations. In the model viewer if vehicle has animation you will see controls for playing it. You can play animation forwards and backwards.

We will continue our work on GTA V Animations support and you will see features like cutscenes player and openFormats support in the future.
We added very important option into OpenIV settings. You now can configure how OpenIV plays multichannel audio. The new option "Multichannel audio playback" placed in the "Tools" tab and can have one of the following values:
To provide the best experience for all users option is set to "Play multichannel audio in stereo mode" for default.

This option only affects audio playback in the OpenIVs tools such as Audio Player and GTA IV Cutscene Player, the export functionality is not changed. OpenIV Audio Player is now also has ability to export multichannel audio in stereo or mono mode.

Also from MukyModz and BurtENGU come some GTA 5 Modded DM OUTFITS PS4 Save Wizard save file for those interested:

Save Wizard Resign For GTA 5 Modded Saves
Thanks to ps3lover for the heads-up on the news earlier today! 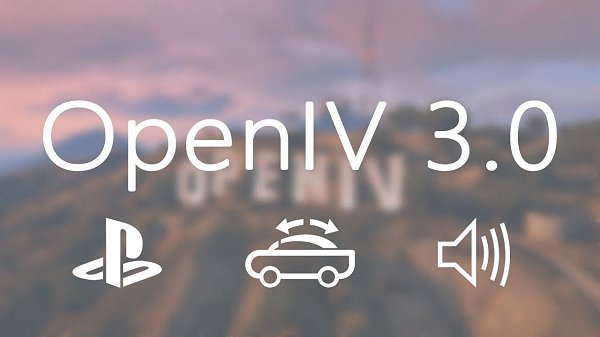 Developer
Member
Contributor
I'm impressed by the effort they put into making this tool!

Senior Member
Contributor
Verified
this is what we need. SONY UR FCKED UP HAHAAHA

Member
Contributor
now we can install car mods on the ps4? right?

and for use a mod menu, i can use my disc or i must play with a dump ??

hi
No it's not possible to put real cars, it's only on PC.

For GTA if you download the backup you will not need a CD.
Menu work with disc for information.

Member
Contributor
Verified
rpf editor then yeah you should be able to load custom textures. if it allows you to do so in openiv

Senior Member
Contributor
Verified
This is great news... A step forward closer to actually being able to modify game files.