Recently @Foe (our buddy Jake ) pointed out that Take-Two Interactive Software who oversees publishers including Rockstar Games and 2K Games sent a cease and desist order to OpenIV claiming that the GTA modding software tools defeat security features in place violating their rights.

Despite an active online petition to save OpenIV (we all know how effective those tend to be ) the OpenIV Team's lead developer GooD-NTS decided to discontinue work on their editing platform after nearly 10 years dealing a huge blow to the Grand Theft Auto modding scene.

Here's what he had to say on the situation, to quote: "We feared that this day would come... And now it's here. The day, when GTA modding was declared illegal. GTA modding had long and glorious history.

Since GTA III, people have created lots of different mods: from simple texture replacements to impressive full conversions. And the modding always was a "gray zone" -- a battlefield between lawyers and PR... For almost ten years of OpenIV development, we had tried to play as nice as possible and even more:
On June 5th, 2017, we had received an official Cease-and-Desist letter. It clearly says, that with OpenIV we "allow third parties to defeat security features of its software and modify that software in violation Take-Two's rights".
Going to court will take at least few months of our time and huge amount of efforts, and, at best, we'll get absolutely nothing. Spending time just to restore status quo is really unproductive, and all the money in the world can't compensate the loss of time.

So, we decided to agree with their claims and we're stopping distribution of OpenIV. It was a hard decision, but when any modding activity has been declared illegal, we can't see any possibilities to continue this process, unless top management of Take-Two company makes an official statement about modding, which can be used in court.

To make it all clear, here is what happened:

1 - At May 19th, 2017, I received an email from the legal counsel for Take Two Interactive in the USA. In this email they has requested to stop immediately any further work and/or distribution of OpenIV and "Liberty City in GTAV" projects.

2 – In belief, that we did not violate any laws, I asked them to provide more detailed information about their request. They agreed to provide details by email.

3 – On June 5th, 2017, after two weeks of silence, I got C&D letter from lawyers company (legal representative of Take Two in Russia), both in electronic and paper form, to my employer address. This C&D accuses me in Russian laws violations.

4 – After many heavy thoughts, we had decided to agree with their claims. We did not make it easily; it is very hard decision for us."

In this week's poll, we ask the question: Should offline game modding be allowed and legal?

Feel free to cast your vote and share your thoughts in the comments below! 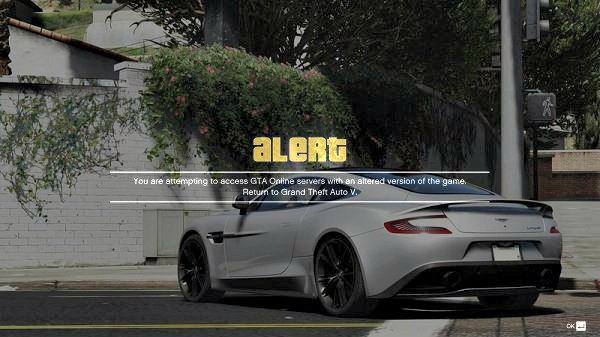 Senior Member
Contributor
Next step: T2 hiring this team to block all mods they did.

Senior Member
Contributor
Verified
Well in my opinion they shouldn't stop the mods that's what makes gta fun well not online at least but singleplayer mods that's why people buy it on pc for the mods well for the most part.

Developer
Member
Contributor
I think the games industry become too hungry for money, not saying the devs don`t deserve payment for their work, however, I think that the game companies today only think on money, only want more and more money to such an extend that many companies sell an incomplete product then if you want to enjoy more of the game which you already paid, you need to purchase the infamous DLC`s. It`s truly a shame.

What makes a game stand out from other is for sure the comunity support, and this is done by modding. If that was not the case, so we would never have people still playing the original DOOM game (with mods) in 2017!!! See at how many cool and interesting games were created using Doom as a base. I have seen recently even a cool sonic game made as a Total Conversion MOD for DOOM.

Look at the shame of the new DOOM game, regardless being a very cool and visceral action game, however, the Snap Map Editor (the modding tool) created by ID software for this game, is truly a SHAME!!! It is not even a complete game editor!!! You can`t import new 3d models, nor textures, nothing! And the worse is that even the new Quake Champions will not have support for modding either.

Off course, why these companies will allow the comunity to create new games (mod) for free, if they can create new content and sell it as DLC`s. Sorry for the long post, but I am trully pissed off by Take Two discontinuing the Open IV Modding Tool.

Member
Contributor
Oh look. Money and greed getting in the way of fun and progress. Where have I seen this before? Oh ya, EVERYWHERE!

Senior Member
Contributor
Verified
Pretty soon consumer rights will degrade to the point where we will literally just be leasing the consoles and games. When you own something, you have the right to do whatever the hell you want with it.

Small community modders will still exist thankfully. So don't worry too much.

Now where are those ps4 and xb1 jailbreaks?

Staff Member
Moderator
Verified
It looks like things may continue to get worse for modders:

PSXHAX said:
It looks like things may continue to get worse for modders:

Alright Dictator Jake is putting his foot down no more take 2 games shall be shown here. XD

Staff Member
Moderator
Verified
This is another site that was reported via email to us as being down, possibly related also: https://www.orbismodding.com/


Update: It's back online now!

Staff Member
Moderator
Verified
It looks like they got to Serendipity also: https://www.serendipitygta.com/

"After discussions with Take-Two Interactive, effective immediately we are ceasing all maintenance, development and distribution of the Serendipity cheat menu services. We will be donating our proceeds to a charity designated by Take-Two. We apologize for any and all problems Serendipity has caused to the Grand Theft Auto Online community."