According to @PLAYER 1 who passed along the news it also includes an updated core SM (System Manager) supporting 4.82 CFW CEX to show temperature notifications in the PS3 XMB.

To quote from _Slash_ via ElOtroLado, roughly translated: After a long time of inactivity in the scene, I leave you the new version of the Play Manager.

In the Control Fan & USB Wakeup section I added the Temp Display Interval option which is the time it takes the notifications to show, by default they are in 10 seconds, the minimum that can be set is 4 seconds and the maximum 60 seconds.

The Temp5 option will be called Temp5 / Warning and when the temperature becomes equal to or greater than the specified one, it will send a temperature warning message along with 3 beeps (the temperature is also shown) which will be displayed every 6 seconds and as long as it does not lower the temperature that was specified in Temp5, it will not stop showing that warning.

Also update the sm to use it with the latest CFW. 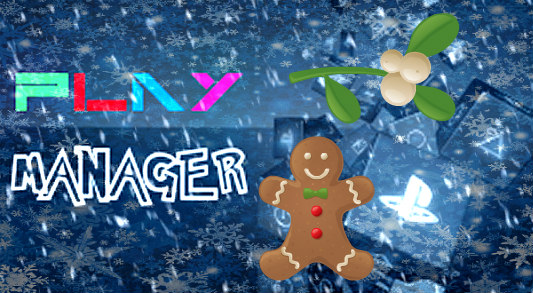 Senior Member
Contributor
Play Manager is highly recommended to install on FAT ps3 models, that way you will always have a cold start of your board.

Also if your slim only knows MultiMan, this is your next step to keep it safe from yellow lights. (and can run much better ps1 and ps2)

To do that even better you can install SM updated 4.82 and from the beggining the fan will run above its default speed.

But with the manager only you have just to enter and will hear the fan regulating the temperature untill the console is turned off. And can select 5 different profiles.

The temperature monitor is based on HERMES (estwald) combo, the IRIS creator, so i dont know how much could be modified. I'll say that to Slash, thanks for the idea.

Senior Member
Contributor
Be patient, the guy wrote that late at night, just a typo before sleep.

Of course it is CUSTOM FIRMWARE 4.82, dont follow that link. When HAX recover some neurons all will be fine.

Staff Member
Moderator
Verified
I meant it as "Since Sony updated their official Firmware to OFW 4.82, these apps now support version 4.82 also."

So they support Sony's current / latest numerical value for the PS3's System Software.

Senior Member
Contributor
SPRXs 4.82 links for iris forks
create folder play in usb, copy this and install from playmanager menu.
create forlder iris for use with others forks