While Sony's official site isn't updated just yet, as soon as we hear from PlayStation Vita scene developers we'll update this article with what's changed or patched in the PS Vita System Software 3.67 update.

Main features in system software update version 3.67
Today's Vita update brings you changes to the Calendar icon, updated Twitter dialog, and new Wifi chip firmware and nothing else.
No DMA in the Wifi chip, so any exploit there would be useless anyways.
Yay, my browser stuff still working, neat
So yea, probably an useless update, Someone was bored at Sony
Crap, forgot to check _everything_ I suspect there is something else... don't update if you're on 3.65.
Account switching still works on 3.67 lol
So it seems some stuff releated to CMA was changed in 3.67 since now it checks the license file for content being copied to the vita from CMA (which means no hidden applications and you cant "Install" DRM content that isnt owned by your account.
also it seems PFS is now enforced everywhere (like it was for ux0:patch. just now for ux0:app too!)
(if you want to continue switching accounts on 3.67, simply use "Get Sign Up App" from http://vitatricks.tk) as this is not patched

If you are currently on 3.65 do not update to 3.67 because it _may_ (not confirmed) have fixed an exploit.
It's useless on its own but paired with an exploit chain, it would allow for persistence. No, I don't have such a chain.
Looks like I wasn’t clear before: there are no 3.61+ hacks anywhere, private or otherwise, period. People claiming otherwise are liars.
Someone is gonna have to find and exploit ~4 vulnerabilities before there’s even a chance of a 3.63+ hack and ~5 for 3.67 hack. 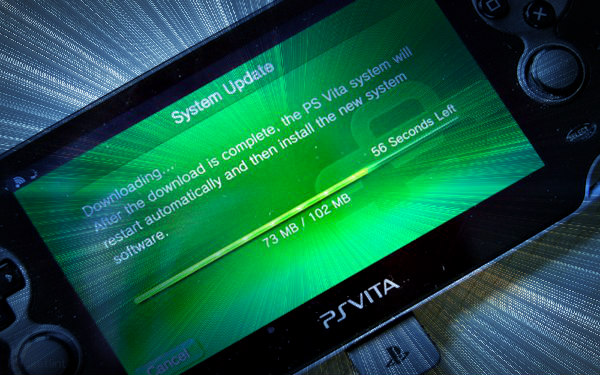 Developer
Senior Member
Contributor
Why wont they just let the Vita die? like Seriously Sony stopped supporting the Vita a while ago

Is Yifan Lu talking about hacking 3.65?! That would be freaking incredible. Although it's way too premature to say if he's talking about that.

Honestly? I wouldn't even want a full exploit like Henkaku 3.65. All I'd want is to get the decrypted game dumps (...which needs Kernel Access probably RIP) so you could HOPEFULLY use them with Mai them with Mai and use them (since NONPDRM sadly won't work without crypt keys =( )

Member
Contributor
i would rather prefer they support it. good vita games are cheap, and still remote play is best portable solution avaiable on the market (i prefer it over switch).

LightningMods said:
Why wont they just let the Vita die? like Seriously Sony stopped supporting the Vita a while ago
Click to expand...

There are still new games being made for it so...

Staff Member
Moderator
Verified
Thanks for the news tip!

I will do an article on it in the next few hours also.