PS4 CFW and Hacks       Thread starter PSXHAX       Start date Jan 27, 2018 at 12:37 AM       43
Following his Super Nintendo Emulator Port for PS4 4.05 users, PlayStation 4 developer Nominus returns with a PS2 ELF Loader for PS4 4.05 alongside a version of uLaunchELF compiled as a PKG by @DarkElementPL via Twitter to launch ELF files in ps2emu for those who recall these popular PS2 homebrew applications.

To use the PS2 ELF Loader for PS4 4.05 add disc01 to your PS4 FPKG, build and enjoy... but according to Nominus USB support is still needed to take full advantage, so while the Open PS2 Loader (known as OPL) loads without USB support there is no way of booting PSX iSO files yet.

Cheers to @prreis and @SSShowmik for the news tips in the PSXHAX Shoutbox earlier today! 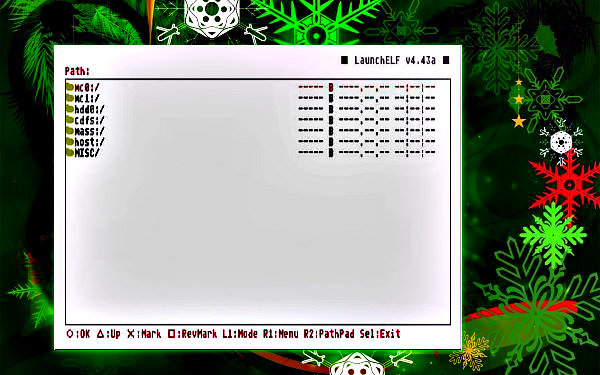 Member
Contributor
This is awesome news !

Member
Contributor
can someone explain this in non DEV language?

Staff Member
Moderator
Verified
Most of these are old homebrew apps that were originally coded many years ago for the PS2 (back when that scene was lit like PS4 4.05 is now), so now that PS4 can run these PS2 apps and emulators using the built-in ps2emu developers are re-releasing them as PKG's for 4.05 users.

There are hundreds of old-school PS2 homebrew apps, many are simple games but there are also some cool emulators etc so while we probably won't be doing news posts for every one (as the flood begins) hopefully a PS2 homebrew PKG pack will arrive so a compilation post can be done at some point.

honestly, the only reason I decided to get a 4.05 slim is the ps2 emulator, I am extremely happy about these news

Staff Member
Moderator
Developer
Senior Member
Verified
I wonder if we could use this with Popstarter to launch ps1 games.

Member
Contributor
Verified
i try pgen to see if the emulator run. load but latest versions 1.5.1 and 1.5 give a ps4 error. and versions 1.2 and 1.1 give and error on emulator side. ​
The Loader and how i have my files for the emu.