PS3 freezing and other questions help

Contributor
Guys, I know my comment is too long but please help me out here.

See, I just "got" (not bought) a PS3 two days back. It has a ferrox/cobra custom firmware installed, I think, as that's what pops on the right side of the screen everytime I switch it on, and also, it says "Firmware 4.81[SC-35 | PL3] and Firmware Mode: COBRA 7.30 compatible" in the "system information" section from multiman.

2. The freezing is much worse in games, especially in cutscenes. In the cutscenes it doesn't happen randomly, but continuosly, after every second or two there is a 0.5 second freeze. But, while actually playing the game, only the audio freezes(not the video I think, but then, I haven't used it a lot, yet.). As of yet, it's most notable in Prince Of Persia 2008. The whole main menu freezes every next second.

3. As of yet, I am on a conclusion that maybe the problem is with the hdd as the rsx and cpu temps are always around 60C and 61C, never seen more.

Which brings me to the main problem-

I have decided to switch to another HDD (maybe with an SSD) from the one that this console currently has.

So, as I'm not EXACTLY sure about which cfw it has, do I-

a) Install ferrox latest cfw (the one from this post) over the one my PS3 has now, keep it in the flash drive, switch the HDD and then install the latest cfw in that HDD from the flash drive to make sure I know which cfw my PS3 had before replacing the HDD?

b) Downgrade back to 3.55 (I HAVE NO IDEA IF I EVEN CAN, OR IF I CAN WITHOUT ANY RISKS), replace the HDD and then install the latest one from this post into that HDD (I'm pretty sure that this method would not allow me to use my current HDD with this PS3 anymore without formatting, but I am more than willing to do it, if this is the safer/better way).

c) Can I install any cfw over any other, for example, can I install Rebug latest over my current CFW or over the latest Ferrox one and Vice-versa? And is the same with any CFW version?

Please answer all these questions of mine in the simplest way possible, I would worship you! Also, ANY ADVICE regarding using and maintaining a CFW PS3 is much appreciated.

P.S. My PS3 Model is Slim 320 GB, CECH2508B
And here's the link to the picture of Multiman's "System information" sector. 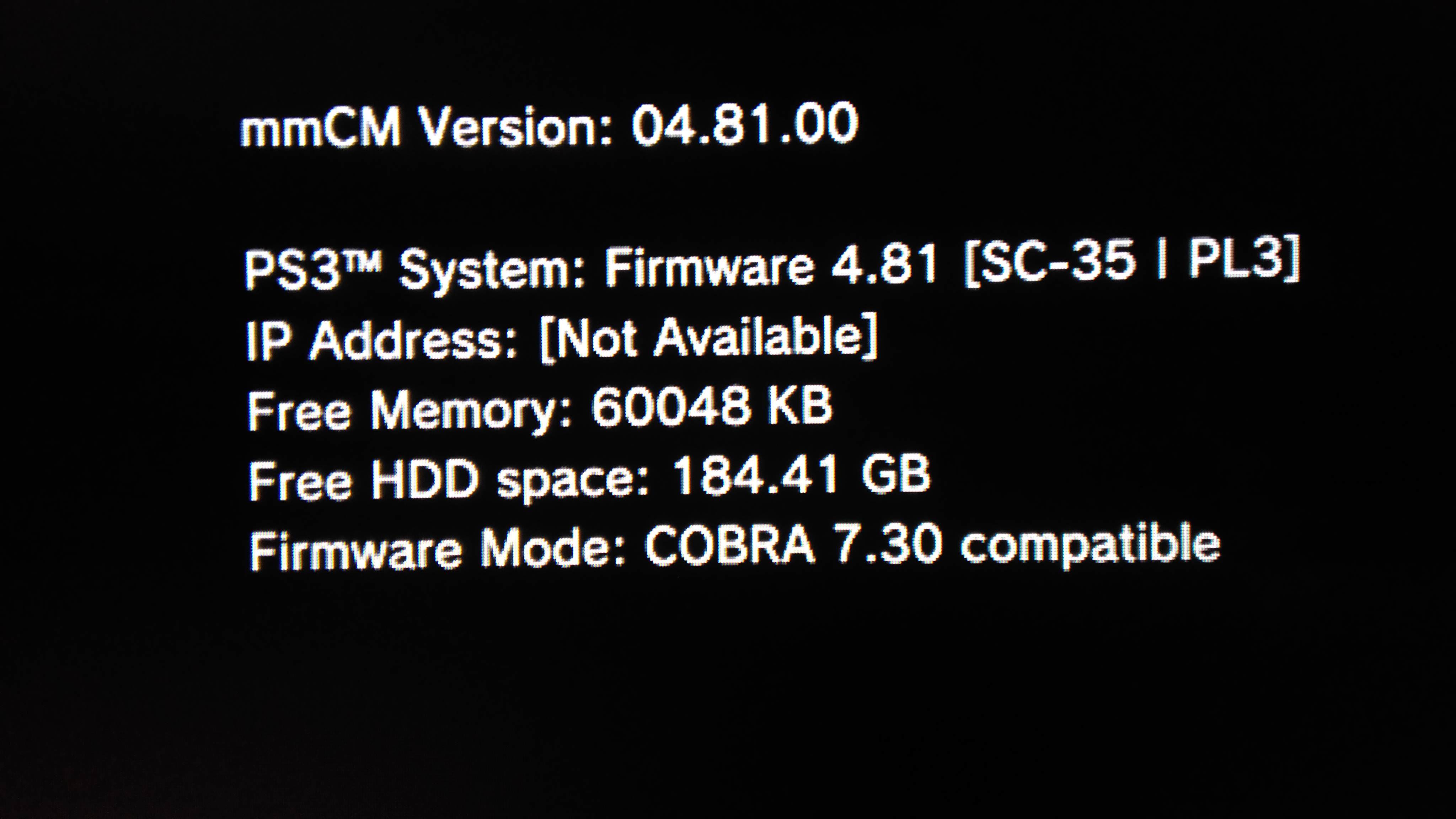 Staff Member
Moderator
Verified
I moved your post to it's own thread in the help section since it's quite lengthy and would get lost in the other thread.

Hopefully someone will see and reply to it easier here.

Contributor
Hey, thanks a lot, man.
I thought my comment was deleted.

Staff Member
Moderator
Verified
No prob, if nobody responds by tonight I'll do some research and lend ya a hand... in a hurry at the moment as I have to run out shortly.

Contributor
Man, I don't know how many thanks I can give. :humble namastey:

Developer
Contributor
Verified
If you have any CFW on your console lets say 4.81 so you can install any cfw above that like 4.82 cfw and its not a problem if u replace ur HDD with a new one u still can install cfw. for the main problem i can say its a HDD problem so replace ur hdd if it didnt fix the problem so ur RSX want to reballing.

Contributor
Thanks a lot for the reply. It solved half my problems. Now, the only thing I want to know is,

When replacing hard drive, is it ABSOLUTELY necessary to install THE EXACT SAME MAKE AND VERSION OF THE CFW that the previous hard drive had? And what happens in case I try installing another cfw version or another cfw make, like I originally had "4.81 Ferrox", and after inserting another HDD, I try installing "4.82 Rebug"? What happens? It tells me it can't install it? It tries to install it, but isn't able to? It fails and bricks my PS3? It goes back to it's original OFW version? What exactly happens?

P.S. Off-topic, but, is there a PS3 temp. and FPS measuring program that shows me live temps. of RSX and CPU and also how many FPS I am getting while gaming? Thanks.

Member
Contributor
Verified
If you have webman installed, press the ps Button while playing, right After it press the combo Start+Select it will Show you the temps in the top right corner, Multiman does it aswell right Corner if you activate it, but not between Gaming.

Next is your HDD you should be able go to any higher CFW. Now my question, QA Flag on ?

Developer
Contributor
Verified
Its not necessary to install the exact same VERSION OF THE CFW that the previous hard drive had just swap ur hdd and install any cfw above ur current cfw or the same so you can just download this cfw CEXFERROX482COBRA755_101.PUP Ferrox PS3 Custom Firmware 4.82 v1.01 Cobra 7.55 by Alexander it will work just fine for u

Contributor
Thanks. I am pretty sure I read a lot of times on different forums that only the same CFW is supposed to be installed. Guess that was for older PS3s and/or CFWs, or something.

1. I have Multiman installed, yes it shows the temps. but not ingame. Webman and Multiman can be both installed, and present on a single machine at the same time, no problem?

2. Tried to search a hell lot about the QA Flag thing, only got to know that it's important for upgrading and downgrading firmwares. Please point to where I can check it, change it on Ferrox(4.81)+Cobra(7.30) CFW and also some detail as to what its function is exactly?

3. Also, there is no debug option in settings or Demo Psn or something like that anywhere, pretty sure I'm on CEX, but still, something that confirms it?