Following EPEEN's scene release, Installing PKG's and the PS4 Backup DevKit PoC, today PlayStation 4 developer @zecoxao announced on Twitter that the interactive teaser for the game Silent Hills called P.T. (Playable Teaser) has been decrypted and the game backup is playable on a PS4 Testkit console!

Credit also goes to AnB69947709 for providing the dumps and files and to PixelButts for testing the game backup on his PlayStation 4 development unit, with a torrent below for PS4 developers interested in sorting out how to load it on a retail console.

Here's a little background about the game from Wikipedia, to quote:

"P.T. (short for "playable teaser"), is a first-person psychological survival horror video game developed by Kojima Productions, under the pseudonym "7780s Studio", and published by Konami. The game was directed and designed by Hideo Kojima, in collaboration with film director Guillermo Del Toro.

Released for the PlayStation 4 on 12 August 2014 as a free download on the PlayStation Network, P.T. served primarily as an interactive teaser for the game Silent Hills, a cancelled installment in the Silent Hill series. After the cancellation, Konami removed P.T. from the PlayStation Store and eliminated re-installing the game, a decision that later spawned criticism and fan efforts to allow P.T. to be re-downloaded.

P.T. received critical acclaim for its direction, visuals, story complexity, and supernatural tension, but was both criticized and acclaimed for the puzzles and solutions."

Proto Fgt states this was just a test (no RIF File was found yet but it may contain one with act.dat and IDPS binding per notzecoxao) and more will come... until then check out the PS4 Testkit Running Decrypted PT demo video below!


Code:
Thanks to AnB69947709, @zecoxao, @PixelButts for testing, @LightningMods for mirrors and to both @raedoob (for mirrors also) and @Figure03 for the news in the PSXHAX Shoutbox! 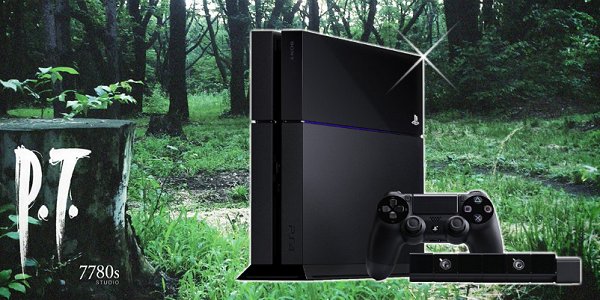 Staff Member
Moderator
Verified
Keep in mind the PS3 backup scene started with PlayStation 3 Dev units running them also, and before we knew it there was a way to change Retail consoles into Dev units (CEX to DEX) and vice-versa... THIS is how Rebug CFW got it's start.

Granted, then the retail PS3 got jailbroken and it simply became easier to run backup games that way... but sooner or later a talented PS4 Dev will figure out how to get the PT backup running on a retail console. If man can make it, man can break it!

Senior Member
Contributor
I was played P.T. it's really scary amazing, behind has me!

Member
Contributor
Verified
I have P.T. Demo in my PS4 1.76! It has been my first game/download from PSN!

I'm still waiting on 1.76, hope some news for my games backup!

I'm still waiting on 1.76, hope some news for my games backup!
Click to expand...

@amnesia882 You have a request from both me and e✘treme

Thank you very much !

Member
Contributor
The rif has been dumped. I'm sure it will surface soon.

Senior Member
Contributor
does anyone know why these PKGs are ran via APPHOME when on PS3 they were just installed?

also again its only for 1.76 so even if they make it to work on CEX only few people will use it