Following the PS5 Console Gamesharing Guide earlier this month, recently reports of PS5 Error Code WS-116332-6 from PlayStation 5 users including Chinese BBS user Monoly123 and a PSNine forum user surfaced resulting in both temporary and permanent PSN bans for 'borrowing' PS5 access to the PlayStation Plus Collection that must first be 'claimed' on a PS5 and then becomes accessible on the PS4 console for free. 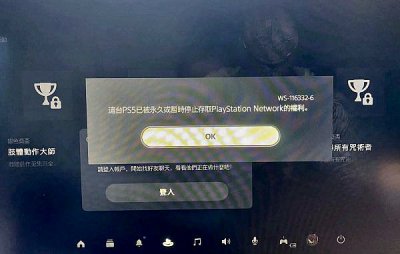 This comes proceeding tips on Avoiding PS3 Bans, PS4 Bans and even more PlayStation 4 Bans... and using the account sharing method loophole outlined below many have started selling online access to their PS5 console providing buyers with their account details in return for payment to claim the free PS Plus Collection to play on their PS4.

From GamerPoint.com.br, roughly translated to quote: Sony is reportedly banning players who circumvented the PS Plus Collection

Some players who have redeemed the PS Plus Collection several times on PS5 have reportedly been banned from PlayStation Network. When trying to access their accounts, they came across the following message:

An email with more details will be sent to the email address for this account. Please also refer to the PlayStation Network Terms of Service and User Agreement."

Giving money and account access to strangers on the internet is generally a security hazard, and Sony can’t in good faith tolerate this. As a result, people are reporting that their accounts are being banned.

In particular the accounts tied to the PS5 are reportedly getting permanent bans, while the PS4 accounts logging in are getting temporary bans of about 2 months.

Representatives from Sony have said those who have had their PSN accounts banned can contact customer support for more details.

Also below is another brief summary of Sony's PSN banwave from Nmia.Gaming via Facebook, to quote:

Some gamers have mentioned that there's already cases where people claim the PlayStation Plus Collection for another person, or looking for someone else to claim the games for them, the PSN account or PS5 console will be banned, please be aware and refrain from doing so.

Through confirmation, the banning situation is a built-in system self-defense mechanism. When there is more than 50 different accounts logged in to a console, and makes purchases from PS store of other region, the system will detect and determine it as being hacked. The account will be banned for 2 months, while the console will be permanently banned.

Currently it is being negotiated at the customer service if there is any turnaround to the situation, but joint purchasing is indeed violating the rules and regulations, and the mechanism existed to protect the hacked account from being further abused.

It is fine if you're only helping one or two friends to claim the PS Plus Collection or to play games from other region, but do take note that the banning mechanism will trigger if there is a large amount of purchases in a short period of time.

Access from your PlayStation 5 may be prohibited or temporarily unavailable.

Access to the PlayStation Network from your PS5 is prohibited due to reasons such as violation of the terms of service: 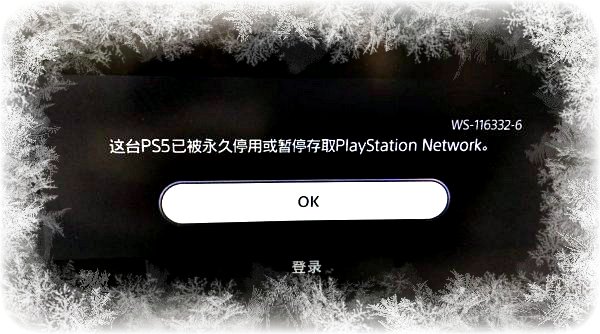 Member
Contributor
Verified
Hi, the account is banned for 2 months and the console gets a lifetime ban

Member
Contributor
Verified
i hate sony so much