Since the initial sign-ups, PS4 4.50 Firmware Beta 2, PS4 4.50 Firmware Beta 3 and Sasuke 4.50 video walkthrough many have reported that the PS4 Firmware 4.50 Beta 4 Update is live (339.9 MB) for official testers, while others including Blastoise confirmed that Sony is sending out another round of invites to those who signed up after the Beta started... so definitely re-check your mail folks!

To quote from PlayFront.de on Beta 4 changes and a possible public release window, roughly translated:

"Unfortunately Sony does not have to provide an official changelog again, so you have to assume that only minor errors have been fixed since the start.

The most important features are therefore the new Quick Menu, the Boost Mode, Custom Wallpapers, as well as 3D Movies Support in conjunction with VR.

It should also be assumed that it will be the last BETA release before the final release, which is expected to take place in the next 1 to 2 weeks."

Cheers to @Sametto Chan for the heads-up on the PS4 Firmware 4.50 Beta 4 Update and to @Skye1337 for providing burner accounts for members here to give Sasuke a test run before it is officially released! 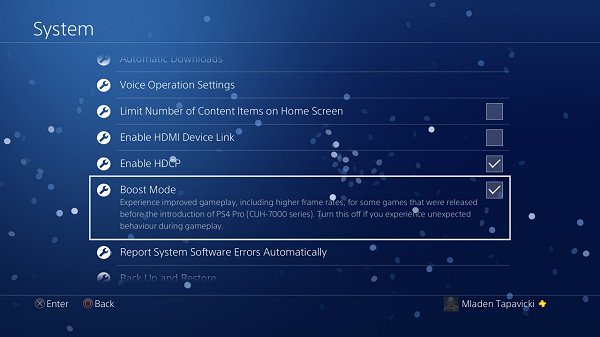 MiniDz said:
Awesome thank you very much ! As the noob i am i'm gonna ask you how do i start a conv with him ? still can't find

EDIT Just found thank you have a good day/evening
Click to expand...

Member
Contributor
I would like to join the beta program, but can I?

Member
Contributor
Thanks, sent pm to him, hopefully hear later

The PS4 4.50 Final update is supposed to go live soon anyway, so we'll close this thread up for now.