PlayStation VR bundles will include the PS VR headset and PS Camera for $399 and the PS VR Worlds bundle now priced at $449, with details below from Sony PlayStation Marketing VP Mary Yee to quote:

What’s more, the existing PlayStation VR Worlds bundle (PS VR headset, PS Camera, two PlayStation Move motion controllers and PlayStation VR Worlds) will be available at a new lower price of $449 USD (MSRP) / $579 CAD (MSRP) – so you can get started with an all-in PS VR package at an even greater value. Both bundles will start arriving at retailers on September 1, so check with your local retailers for availability.

This is a great time to jump into the PlayStation VR experience, with a huge lineup of over 100 games, including recent favorites like Arizona Sunshine, SUPERHOT VR, Tiny Trax, Fantastic Contraption and Dino Frontier. If you’re new to PS VR, don’t miss out on marquee titles like Farpoint, Batman: Arkham VR, Star Trek: Bridge Crew and Resident Evil 7 biohazard. The PS VR games portfolio keeps growing, so visit this page to keep up with all the new releases.

Also, if you’re brave enough to be transported into an unnerving world full of dangerous aliens, the Farpoint PS VR Aim Controller Bundle is now back in stock.

On the horizon, we’ve got a great lineup of games, including The Elder Scrolls V: Skyrim VR, Doom VFR, Sparc, Bravo Team and The Inpatient. The system itself also continues to evolve, as we just announced that the latest PS4 system software update 5.00 will include some enhancements for PS VR like 5.1ch and 7.1ch virtual surround sound in Cinematic Mode.

We hope you get a chance to pick up a PS VR system and step into amazing virtual worlds. 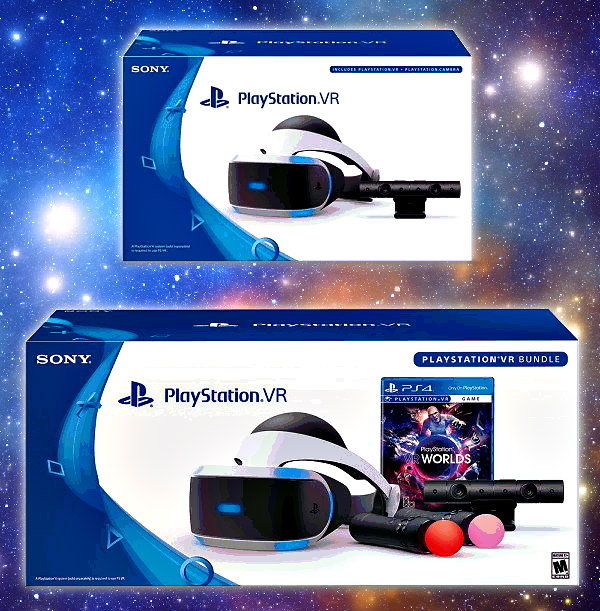 According to the developer, PiPS5 is inspired...
Sony Unveils PlayStation Plus Game Additions for December 2020
Beginning next month, the latest additions to Sony's PlayStation Plus digital game library include Worms Rumble, Just Cause 4 and Rocket Arena available to play on PS4 and PS5 starting Tuesday...
PS5 Error Codes and PlayStation 5 Error Code Database with Fixes
Happy Thanksgiving for those in the US, and following the generic Something Went Wrong PS5 Error Code (CE-107863-5 or E2-00000000) fixes below are some common PS5 Error Codes alongside a...