Last month Sony announced plans to close the PlayStation Store for PS3, PS Vita and PSP this Summer... however, after receiving customer feedback today they had a change of heart and confirmed the PS Store for PS3 and PS Vita will continue operations with only the PSP commerce functionality retiring on July 2, 2021 as scheduled.

While this is great news for both PlayStation 3 and PlayStation Vita fans, should $ony decide to discontinue them in the future many options currently exist to backup the PS3 game update files for archival purposes including Awesome Update Finder 0.3 by @NZHawk, PS3 Game Updater 1.41 by @trueicecold (Twitter), EU-US-PS3-Updates.txt via xps3riments, PS3-GUDT_v1.1 (Demo Video) by Postposterous, ps3-update-dl by ioistired and the most recently updated PS3GameUpdateDownloader by shinrax2 for downloading PS3 Game PKG Updates from official Sony servers similar to what the extremely useful youtube-dl application does for video files.

Below is the official announcement from Sony Interactive Entertainment President & CEO Jim Ryan, to quote: PlayStation Store on PS3 and PS Vita Will Continue Operations

Players will be able to continue to purchase games on PS3 and PS Vita.

Recently, we notified players that PlayStation Store for PS3 and PS Vita devices was planned to end this summer.

Upon further reflection, however, it’s clear that we made the wrong decision here. So today I’m happy to say that we will be keeping the PlayStation Store operational for PS3 and PS Vita devices. PSP commerce functionality will retire on July 2, 2021 as planned.

When we initially came to the decision to end purchasing support for PS3 and PS Vita, it was born out of a number of factors, including commerce support challenges for older devices and the ability for us to focus more of our resources on newer devices where a majority of our gamers are playing on.

We see now that many of you are incredibly passionate about being able to continue purchasing classic games on PS3 and PS Vita for the foreseeable future, so I’m glad we were able to find a solution to continue operations.

I’m glad that we can keep this piece of our history alive for gamers to enjoy, while we continue to create cutting-edge new game worlds for PS4, PS5, and the next generation of VR.

Thank you for sharing your feedback with us – we’re always listening and appreciate the support from our PlayStation community.

Here's to hoping Sony addresses the PlayStation C-Bomb concerns on the adverse effect a dead, missing or malfunctioning CMOS battery has on PS3, PS Vita, PS4 and PS5 consoles... specifically for the PS5 Digital Edition which relies solely on access to a digital game library since it doesn't include a drive to play physical discs. 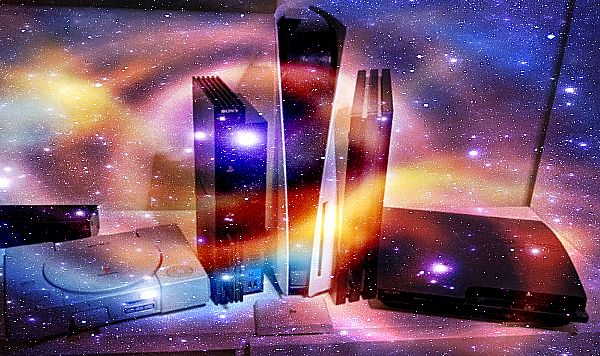 Senior Member
Contributor
Verified
Any update on the PS4 CMOS battery error CE-34878-0 from both the jailbreak community or Sony? Just when PS4 jb life offline was at its peak and then bam you get hit with such demoralizing news.

Member
Contributor
Verified
This is pretty good
PS3 was my childhood

Developer
Member
Contributor
Hope to see the old store back for a bit, so I can get my psn content link. Missed the opportunity

Senior Member
Contributor
Verified
Nice but I am stick with physical games. Not digital games.