Last month the PSVR Secure Boot Was Hacked With All Keys Extracted, and proceeding the New PS5 Game Trailers and Sony's PlayStation State of Play for June 2022 comes a recap including Resident Evil 4, Street Fighter 6, Final Fantasy XVI and all of the next-gen PS VR2 reveals below!


Street Fighter 6 State of Play June 2022 Announce PS4 / PS5 Trailer
Street Fighter 6, the next game in the iconic series, will release in 2023! Take part in the Fighting Ground, which focuses on the classic fighting game experience with modes from previous games in the series.

Two new modes will be available alongside: World Tour, an immersive single-player story experience, and Battle Hub, which will further expand the scope of player communication and engagement. Your Moment. Your Fight. Stay tuned for more information!

For the first time in the series, Street Fighter 6 will feature real time commentary! We're working with well-known talent from the fighting game community to incorporate their voices directly in the game.

Feel the excitement of competing in a tournament from the comfort of your own home. We'll be announcing more commentators in the future. Street Fighter 6 will release in 2023!


Horizon Franchise State of Play June 2022 PS4 / PS5 / PS VR2 Trailers
Step into a new virtual reality adventure with Horizon Call of the Mountain and explore the world through the eyes of a new protagonist, former Shadow Carja Ryas.

In the meantime, jump back into the Forbidden West with Aloy! A major content update is coming to Horizon Forbidden West, including New Game +, Ultra Hard Mode, transmog and respec features, and much more!


Stray State of Play June 2022 PS4 / PS5 Trailer
Lost, alone, and separated from family, a stray cat must untangle an ancient mystery to escape a long-forgotten cybercity and find the way home. Stray is coming to PS5 and PS4 July 19.

In Marvel’s Spider-Man Remastered, the worlds of Peter Parker and Spider-Man collide in an original action-packed story. Play as an experienced Peter Parker, fighting big crime and iconic villains in Marvel’s New York. At the same time, Peter’s struggling to balance his chaotic personal life and career while the fate of Marvel’s New York rests upon his shoulders.

Following the events of the main story of Marvel’s Spider-Man Remastered, experience the continuation of Peter Parker’s journey in Marvel’s Spider-Man: The City That Never Sleeps DLC, three story chapters with additional missions and challenges.

Developed by Insomniac Games and fully optimized for PC in collaboration with Nixxes Software, Marvel’s Spider-Man Remastered will be released on Steam and the Epic Games Store on August 12, 2022


Tunic State of Play June 2022 Reveal PS4 / PS5 Trailer
TUNIC is coming to PS5 and PS4 on September 27, 2022! Explore a land filled with lost legends, ancient powers, and ferocious monsters in TUNIC, an isometric action game about a small fox on a big adventure.

Stranded in a ruined land, and armed with only your own curiosity, you will confront colossal beasts, collect strange and powerful items, and unravel long-lost secrets.

Step into a new virtual reality adventure set in the world of Horizon.


Eternights State of Play June 2022 Reveal PS4 / PS5 Trailer
Eternights an dating action game, blending a love story with adrenaline-driven combat as you make the most out of life during the apocalypse.

Scavenge for supplies, explore dungeons... and go on dates! Save the world, and find love along the way.

Explore the world through the eyes of Ryas, former Shadow Carja warrior, to uncover a grave threat to the Sundom. Experience luscious and dangerous areas up close as you fight mighty machines, meet new and familiar faces – and take in spectacular views on the immersive River Ride experience!


Feedback on Sony's latest PlayStation State of Play has been mixed thus far, so let us know your thoughts on it in the comments below! 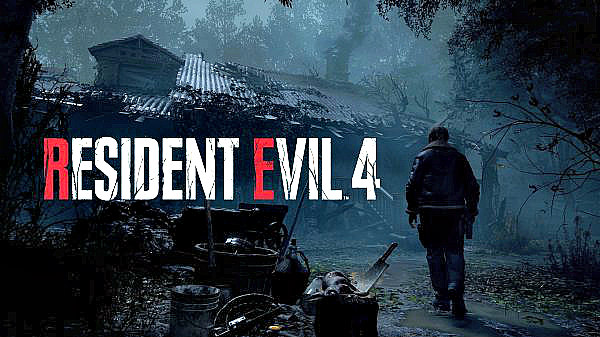 Senior Member
Contributor
Verified
Resident Evil Village VR ?! I want it but I don't want VR because I don't want it to use on my eyes. Not good for eyes. I am afraid.

Street Fighter 6 is not so bad but RYU with beard looks great. I might get it.

Resident Evil 4 remake.. I am so getting it!

Staff Member
Moderator
Developer
Senior Member
Verified
Although it wasnt so bad, sony continues with 0 games on ps5. Just sayin! Remakes of older games which is fine, releases on pc and some VR additions but nothing major.

With sony first party being the thing that always made playstations sell, i have no clue whats sonys idea to release a console with "0" games for nearly 2 years. I feel like the management of the PS5 has been a massive mess since it released, from stocks to compatibilities to content.

Senior Member
Contributor
Verified
I'm going to hold out on SFVI till there's at least an ULTRA edition.

Member
Contributor
I cannot wait to play more of the Spiderman game. I hope they end up releasing the DLC on playstation as well and not just on PC

Member
Contributor
Spiderman on PC is what I'm looking forward to.