To quote from Naughty Dog Director of Communications Arne Meyer on the latest TLOU2 patch update:

"Once patch 1.08 for The Last of Us Part II is installed on your PS5, you will find a toggle in the Display options that allows you to choose between a Framerate Target of 30 FPS or 60 FPS.

This allows you to choose your preferred framerate to complement the rest of the enhancements that are part of the PS5 backward compatibility with PS4 games, such as an enhanced resolution, faster load times, and more.

The team has been digging into the PS5 hardware and the possibilities it unlocks since launch last year and we’re excited about what the future holds. This patch is just the first step of working on the PS5. We’ll let you know when we’ve got more news to share!"

Hood: Outlaws and Legends, the multiplayer PvPvE heist game from Sumo Digital and Focus Home Interactive is available now! Matchmaking in opposing teams of four, choose your character based on your preferred playstyle, or what best fits your team’s strategy - cooperation is key for victory in Hood’s nail-biting matches. Watch the Launch Trailer and join the action with your gang of outlaws!

HITMAN 3's Season of Pride is here and brings new content for all players through June 13. Indulge in the second act of the Seven Deadly Sins DLC, take on the Elusive Target in Mendoza, and much more!

Prepare to set sail to a paradise in the South Pacific! Call of the Sea is coming to PlayStation on PS4 and PS5 on May 11, 2021.

Godzilla vs. Kong has arrived in World of Warships: Legend Decide the ultimate battle on the seas with two exclusive premium ships and commanders inspired by the film!

With a compelling and original narrative, puzzling environments to explore, a dynamic soundtrack, twin-stick shooter mechanics and a vast array of enemies to blast into smithereens, this is a tale that will grip you from start to bloody finish.

Gear, XP, rewards! Get the Season Pass and instantly unlock the new Exotic Stasis Sidearm. Also get XP boosts that speed up Seasonal ranks and reward track unlocks. The Vex have plunged the Last City into an endless night, threatening the safety once found beneath the watchful presence of the Traveler.

It is here, bathed in perpetual moonlight, that Ikora reveals the identity of an unlikely ally that may hold the keys to triumphing over this attack.

Metro Exodus is coming to PlayStation 5 on June 18, boasting a massive graphical upgrade to harness the power of this generation. Offering Ray Tracng and Ray Traced Emissive lighting throughout, DualSense Haptic Feedback support, as well as a FOV slider for the first time in the Metro series and increased framerates and resolution.

The update will be free for all existing owners of Metro Exodus, and along side this Metro Exodus Complete Edition will launch in a physical package for PlayStation 5, including both story expansions, The Two Colonels and Sam's Story. There has never been a better time to venture in to the world of Metro.

Before the events of The Elder Scrolls Online: Blackwood, there was a deal made with the Prince of Destruction. Discover the desperate schemes and mortal ambitions of the Longhouse Emperors that set up the storyline for the upcoming Blackwood Chapter and Gates of Oblivion year-long adventure.

Pre-purchase The Elder Scrolls Online Collection: Blackwood now to begin your adventure immediately in the Base Game or previous Chapters, gain instant access to the Nagahide Welwa Ravager mount, and receive additional bonus items at launch. Coming June 8 for PlayStation 4 and PlayStation 5.

Manifold Garden is coming to PlayStation 5 on May 20, 2021! Experience the beautiful Escher-esque world in stunning 4K with DualSense haptics and Official Game Help support.

HITMAN 3's second Elusive Target arrives on May 12! Take on the ultimate Hitman challenge and take down this unique, time-limited target in Mendoza. Make your shots count, there are no second chances. The Iconoclast will be available in HITMAN 3 for 12 days.

PSNextGenIcons is back for Episode 2 featuring USA teammates Weston McKennie of Juventus and Giovanni Reyna of Borussia Dortmund. This time they're going head-to-head on PS5 playing Astro’s Playroom and DIRT 5 and let's just say things got very competitive!

Fight the Root of All Evil on your next-gen console. Remnant: From the Ashes, as well as the Swamps of Corsus and Subject 2923 DLCs now feature upgraded visuals and increased framerate performance on PlayStation 5. Current owners can download the upgrade patch for free!

Exodemon is available on PlayStation 5 and PlayStation 4 now! A fast paced first person shooter inspired by the 90s FPS golden age Possessed by an alien entity, slash and tear countless enemies with your monstrous claws, you must find a way to escape the planet before you lose what's left of your humanity!


The Last of Us Part II Enhanced Performance PS5 Patch

Download the free PS5 Enhanced Performance Patch today. Once patch 1.08 for The Last of Us Part II is installed on your PS5, you will find a toggle in the Display options that allows you to choose between a Framerate Target of 30 FPS or 60 FPS.

This allows you to choose your preferred framerate to complement the rest of the enhancements that are part of the PS5 backward compatibility with PS4 games, such as enhanced resolution, faster load times, and more. 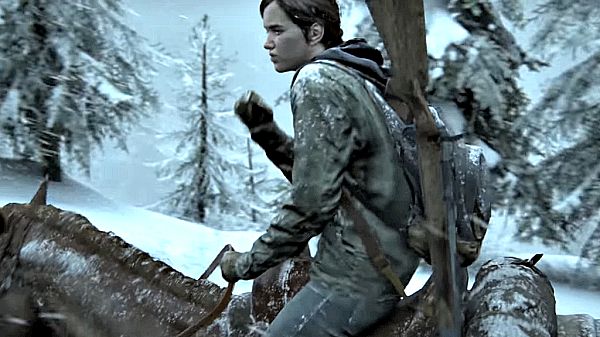 Member
Contributor
This patch is awesome

Member
Contributor
Better than the first game, and now in 60 FPS!!!! I'm glad they took the story in a different direction than many expected. If you want the same story just play the first game again...

Member
Contributor
Verified
Lol TKO1, that’s like saying Game of thrones season 8 is the best and it beats all the other seasons....

Member
Contributor
@Salvation09 I don't think so, I kinda saw that one coming, didn't you?