Update: For those seeking a UnityTools v1.0 compiled build for PS Vita and interested in removing the PS4 Unity 'Trial' watermark:

Tools for Making it easier to get games created with Unity for PSVita games to run on HENKAKU..

Code:
Also, after building a "PC HOSTED" application with UNITY. you can just drag n drop the folder onto the application and it will run: -f -u -r -p -d on it.

And from the other README.md, to quote: Unity-PS4-UnWatermark

How To Use
Credits: Me (LM) SiIicaAndPina 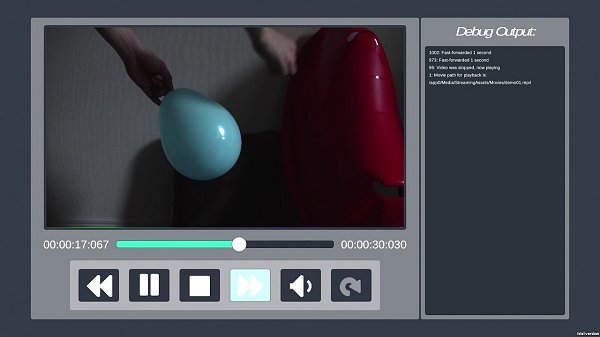 Senior Member
Contributor
Verified
I'm sorry, I can't be of much help, but that definitely sounds interesting. Best of luck!

Member
Contributor
i installed that and im getting blackscreen after homebrew text anyone have same problem?

Member
Contributor
Verified
Hi, @RetroGamer74 i have find myself PS4 support for Unity 2018.2, but how i can determine what is the dev kit version used by this support ?

Staff Member
Moderator
Verified
The image host may be craplisted, try one that supports embedding images directly such as postimages.org, then add them to a post using the following code example:

Developer
Senior Member
Contributor
@Dylan57richem Hi, great to hear about Unity 2018.2 with PS4 Support. That's cool. Can you share it? Even you use a new Unity, you can specify in Compilation Options, the dev kit release you want to use to build the apps. It should be compatible.

Member
Contributor
Verified
@RetroGamer74 Yes of course, tomorrow i'll send you a MP with all links (because i have find Unity support for PS3 / Xbox 360 / Xbox One & PPS Vita ). And if you want i can tell you the method for how to get links (but i have find the method myself and i don't want to publish that because else we can't get news link into the future)

Else @PSXHAX i have tried that. But it don't work, it said an error message and the page go to main page.

Staff Member
Moderator
Verified
@Dylan57richem I checked the log, the site prntscr is craplisted because their image embeds aren't compatible.

Member
Contributor
Verified
@RetroGamer74 I actually work for a understable pastebin with support / installers for PS Vita / PS4 / Xbox One & old gen (if pastebin can't publish the .txt i create, i'll upload my links on TextUp so please some minutes and i'll put the text link here)
I have tried to build a sample project, with official *** 4.50 and it said errors, so i have changed the version in file sdk_version.h by 0x05008051u and i have replaced officials tools by Fake PKG Generator tools v3.12 [because it need this version for compile the game with Unity 2018.2] and all is good i have files for build the PKG Some versions is not same for all consoles but if you want install just a version of Unity, i recommend the 2018.2.0 Beta 3 because this version is supported by PS4 / Xbox One & Switch. I can't get same version for all consoles because my method is hidden links.

Developer
Senior Member
Contributor
@Dylan57richem Wow dude thank you very much. I will try this also for SWITCH!!!!

Then I will try also with SWITCH.

Well done BRO!!! I can not start a conversation with you. Don't know why? @PSXHAX is that a common issue?

Member
Contributor
Verified
@RetroGamer74 i hope it will useful for some persons for Switch, the support pack is good but maybe you must have a *** like PS4 and for this i can't help you i have only PS3 & PS4 ***.

I can tell you the method i use for obtains theses links (but not in public, because else in the future we can't get links) but with my method you can't obtain support pack for same version of Unity for all consoles it's why PS VITA have a support pack of different version compared others next-gen, but you can install many versions of Unity into your PC so it's not really a problem.