Since Sony's announcement that PlayStation Store for PS3 and PS Vita will continue operations after their initial plans to close them all this summer, PS5 Trophy Extract0r developer KuromeSan (aka @SilicaAndPina and formerly SilicaAndPina / siliccan on Twitter) with randomC0der contributing recently made available ValkyrieStore which is a Valkyrie PS Store Browser Extension to access the old PlayStation Store to buy PS3, PS Vita and PSP content alongside some demo videos below from SilicaSan's YouTube Channel.

Note: Works on all regions not just US, "en-us" is just used as an example here, to access other stores, simply change "en-us" to your region code instead.
I made a FireFox Extension to Easily Access the Old "Valkyrie" PS Store

I was trying to say "unfortunately it wont work in Chrome" at the end there but I accidentally cut that part out, oh well!


It's basically a more refined version of this: How to access the old "Valkyrie" PlayStation Store

== Old Way / I Really Want It on Chromium-based Browsers Method ==


And from the README.md file: ValkyrieStore

PSST- Sony, maybe make your new store not suck rather than removing the better one?

You can load unsigned extensions using Firefox Developer Edition and changing some flags in about:config and you can load them temporarily by clicking the settings cog wheel and doing "Debug Add Ons" then "Load Extension" where it'll work until you restart the browser.

According to VideoGamesChronicle.com, to quote: "content is still purchasable via the PlayStation Store on specific consoles – until the PSP Store is switch off in July, that is – but since October it's not been possible to purchase PlayStation content for these platforms via the Web."

TL;DR: To access the old PlayStation Store to purchase PSP, PS3 and PSVita content, download the FireFox browser (if you don't have it installed already) and enable the Valkyrie PS Store Extension by SilicaAndPina.

Update: As expected, KuromeSan reports that the Valkyrie PS Store has inevitably been patched by Sony. To quote:

They blocked the OAuth Client ID used by Valkyrie, I tried replacing it with one they use somewhere else, but it seems the kamaji: scopes are gone too, meaning you cant get permission to use the storefront API's. so even though they still exist you cant really use them. 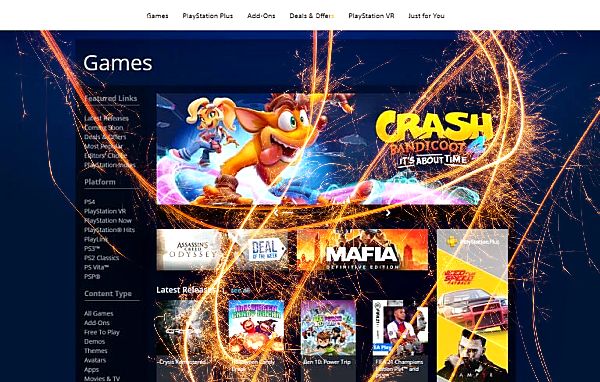 Member
Contributor
Verified
thanks a lot

Member
Contributor
Verified
not working for me

Staff Member
Moderator
Developer
Senior Member
Verified
Seems like the firefox extension was removed SilicaAndPina stuff always gets removed fast, shame the new store looks like crap and is much harder to use to find out if games have add ons.

Member
Contributor
Verified
@jwooh yeap the new store is a mess. it don't have filters, categories... come on Sony the design is not what customers want.