Yesterday a Vitamin-Omega.vpk for PlayStation Vita from Team FreeK was leaked on the Internet, and today TheFloW followed up with an official Vitamin_v1.0.vpk PS Vita release alongside Vitamin_v1.1.vpk and VitaShell 0.86!

Below is an overview on Vitaman by TheFloW, Major Tom and Mr. Gas from TheOfficialFloW to quote:

This software has been written by us within 4 weeks, which we planned to release anonymously under the name Team FreeK. However Major Tom accidentally shared an old built with a group of people, in which one or more of them decided to leak a game first and the day after the tool itself. For no reason. As we, Team FreeK already wanted to officially provide the dumper soon.

We took care of it and worked on it 5h per day with full of passion until it was fully developed. Not only was our disappointment big, but also our helplessness, when we saw our work floating in the internet without our knowledge. We were then called babies because we showed some emotions when we faced the fact that our work, that we have been taking care for one month, got leaked.

The betrayal drove Major Tom so mad, he just left the scene immediately, not because he was a dramaboy as some people think, but because he didn't feel respected by anyone. The same feelings did I and mr. gas also have, as we couldn't believe how many people existed who were so disrespectful and impudent and even insulted us. There is also a small part of people who is totally against backups and think that we damaged the whole PS Vita game industry.

From our perspective, backups was unavoidable, it would happen sooner or later. Our private motivation was, to be very first group that would release the first tool ever to dump and launch backup games. We, personally, don't care alot about games, as we have already bought those we liked. We also considered the PS Vita game industry as dead, I mean, not even $ony shows support for the device anymore.

Beside all these people that made us feel sad, there's luckly an even bigger group of people that show understanding and thankfulness. And thanks to them that was what motivated me to release the final tool in the end. I want to support those who supported us.

We also want to express our thankfulness to Team molecule, as their work HENkaku is brilliant. A masterpiece. Their work is true hacking. Ours on the other hand is just a software that makes use of some tricks to dump games.

Any amount of donation is a big support for Vitamin development and therefore highly appreciated: https://www.paypal.com/cgi-bin/webscr?cmd=_s-xclick&hosted_button_id=Y7CVA9VSJA2VW

The v1.0 differs from the leaked version by alot:
Download 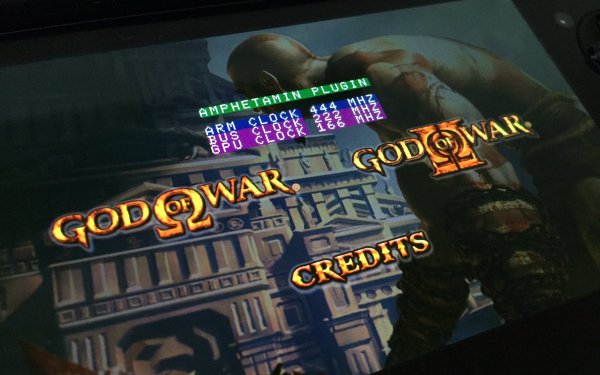 Member
Contributor
1.1 is out now!

Developer
Member
Contributor
again ppl take take take from devs who work hard regardless of the grey area and what do you know a leak happens. MajorTom left and rightfully so because some booking Idiot cant wait to get his hands on backup games and greedy ingrates like that deserve nothing but a brick. there are many of us who work in the dark and regardless of what other devs think of our tactics and our methods.

we all do it for the same reasons its idiots like you oohshitLeak who deserve a brick and maybe you should do your work on your OWN and hopefully u brick.

Staff Member
Moderator
Verified
Awesome, thanks @misiozol and I've added a few more tweets to the bottom of the OP also now

v2.0 has been added to the repository along with a change log with some nice features it looks like

Staff Member
Moderator
Verified
Cheers @slayer087, I've posted on it here now where we can resume the discussion:
https://www.psxhax.com/threads/vitamin_v2-0-vpk-updated-maidumptool-v233-0-ps-vita-game-dumper.763/
https://www.psxhax.com/threads/vitamin_v2-0-vpk-updated-maidumptool-v233-0-ps-vita-game-dumper.763/