Recently we've heard PS4 4.50 injection rumors reminiscent of those on PS3, so I replied to a few private messages with essentially what you see posted in my reply HERE asking someone who knows more to come forward.

Those who've been following the PS4 scene are already familiar with PlayStation 4 GameSharing and the Russian / Egyptian / Xmax Katsu hardware variants of it, but what we found out about today from @Bassabov in the PSXHAX Shoutbox is that official Team Cobra ODE Reseller MagicDevice.ru (see HERE as Cobra's fly-by-night domain is suspended at the time of writing) claims to have revived the Brazilian PS4 GameSharing Method for 4.50 Firmware... that's the current RUMOR anyway!

Great news! Our team revived the "Brazilian method" of downloading games on the PS4 with the firmware 4.50.

And so, again the Brazilian method works!

6. To download games by our method, the attachment is disassembled!

7. Guarantee from our SC!

A list of games in the PS4 section of our site. We are waiting for orders!"

Needless to say, don't pay anyone for harddrives with preloaded PS4 games on them regardless of whether they are rumored to be working on PS4 4.50 Firmware or not... and also don't pay $5,000 (~5 BTC) for the method being used by dark web con-artists and opportunists.

If this RUMOR ends up being legitimate (hopefully Team Cobra ODE screens their business associates to some degree of credibility before including them on their official reseller list ) all it will take is someone with the necessary files or information to reveal it in the PlayStation 4 scene for FREE, and thanks again to @Bassabov for sharing what you knew about it with us! 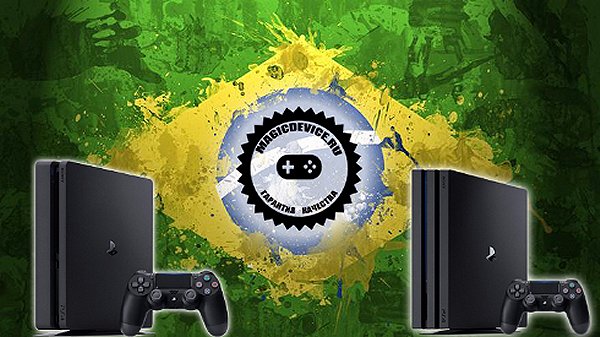 So the Russians are using hacked PSN accounts to download games people want to their PS4's, which sounds like the older Egyptian GameSharing Method but it works on the latest 4.5x Firmware.

And they are charging people to do this service because they know the 'private' methods that would get inevitably patched if released publicly.

As this thread is still labeled a 'rumor' does anyone here use these Russian / Telegram services to load games on their PS4's who can verify they are indeed legit and working?

Either way I wouldn't pay for them and still hope one day the private methods used become public, even though Sony will patch them it would be interesting to learn how it's all done in a detailed tutorial.

Senior Member
Contributor
LOL they want you to send them your console than wait for payment than charge you pretty much full price..... Biggest scam ever.

Staff Member
Moderator
Contributor
Verified
Here are some price conversions I did from the Russian site: https://www.psxhax.com/threads/braz...-by-cobra-ode-reseller.2060/page-4#post-21612

I'm still waiting to hear feedback from someone who has used any of these services on whether they got their PS4 back with all the games working on the latest OFW or not.

Senior Member
Contributor
Verified
Is anyone dumb enough to fall for this? I have an English method..... So please send me your console and $100.

Hahaha. That's awesome.... You get the victim to pay you to take their console off their hands..... Genius!!!!!! If your a scammer.

Does everyone realise the trust involved with a transaction like this?

Senior Member
Contributor
The reason why an account with 29 games is far cheaper than a HDD with 4 to 8 games is because they are cracked/stolen, hence the chance is bigger that that account get's hijacked back by the rightful owner

​
We updated the list of games to download to your PS4. We make orders! We buy consoles with games.

Developer
Member
Contributor
This is no hacked account psn. Method only in private. Who need more info can write me in PM.

This gamelist is replenished constantly

Member
Contributor
mmmph. The fact that they are expressively saying which games they have makes me think about a possible DTU ...

Staff Member
Moderator
Contributor
Verified
Cheers for the link @freeplex, I wasn't aware of that Russian site.. here is a rough translation from it, to quote: Triada Service

At the moment there is no custom firmware PlayStation 4. Until now, the only way to start the Linux system was possible on the console with the software 1.76. In short, Webkit Exploit was used for this.

After its launch, it was possible to access the file system of the PlayStation 4. However, this did not give any possibility of installing and running free games.

Just the other day in public posted information that the launch of the exploit again became possible on the firmware 4.0x. This method of firmware PS4 is called PS4 4.0x WebKit RCE Exploit.

True, with the release of software 4.50, the hole was closed by the Sony campaign. This method allows you to access the reading / writing of memory, which will give new opportunities for analyzing the algorithms of the PS4 system.

Recently, a well-known hacker on the PS4 qwertyoruiopz in his Twitter said that he had the opportunity to launch an exploit on the firmware 4.5x, but in public, this vulnerability will not yet be laid out so that the possibility of further "picking" the PlayStation 4 software is not lost.

From all of the above, it becomes clear that until now there is no method to fully play games for free on the console by downloading and installing itself.

However, there is a unique method for downloading games to the console. The so-called Brazilian injection method (ps4 brazilian jailbreak). This method allows you to install on the console, at the client's choice, the required number of games on the hard drive of the game console. In offline mode, they will always play. That is, the only drawback is that there is no way to go online.

When connected to online, all games are deactivated and a lock icon will appear on them. The Brazilian method of downloading (PS4 Brazilian jailbreak) is interesting because you can get a single-player game package for a certain amount of money at once, which is much cheaper at price than buying the entire list of games.

Also, when using the Brazilian method of downloading games, no modified software is installed and there is no hacking of the console, which does not contradict Sony's policy.
After the complete passage of the games, you have the choice: to delete and play painlessly on in online or to re-record the game package with new ones. This service takes on time a day.

The most important thing is to beware of scammers, who use so-called bribed accounts to download accounts. Since there are great risks of either losing the downloaded content, or getting a ban (blocking the output to the online console).

The cost of downloading games on PlayStation 4.