The SNES Classic Mini will be released on September 29, 2017 for $79.99 complete with two SNES controllers and 21 classic Super NES games including the previously unreleased StarFox 2 for the first time ever which requires completing the first level of the original StarFox to play it.

SNES Classic Mini Games Included:
Is anyone planning to pick one up when it's released? 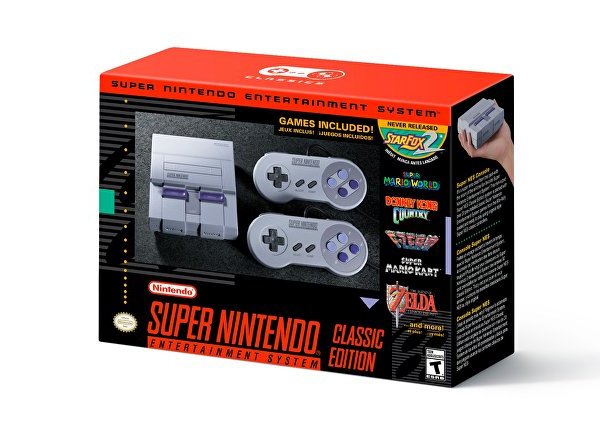 Member
Contributor
Verified
Bought yesterday an nintendo switch and asked for the SNES the worker at the store said, they are already sold out cuz of to much reserve. I love Germany -.-.

Senior Member
Contributor
It's worse in the US. You still can't get a Switch here.

Member
Contributor
Verified
Haha didn´t to tell had to wait 4 weeks for the switch aswell.

Senior Member
Contributor
If I pick one up it'll be for reselling to dumb people. I already have all of these on emulator. So what? No pixel perfect emulation? I'll live. If I want that, I'll just dust off my SNES and play it.

I hope that eventually these emulators get decrypted and dumped. I'd sure love that pixel perfect mode on my Pi.

No. Nintendo just announced that SNES MINi might be last one they ever made. So there is no after mini for any consoles.

Sure, but 256x224 is an 8:7 ratio. When it outputted to a CRT, the image was stretched and the pixels became rectangular to form a 4:3 ratio.