To quote: Hello all. Just signed up here, and thought I'd introduce myself (in this thread because BD-J dev is the main reason I signed up, and I don't actually own any PlayStations).

Been working on a BD-J project for 5 years now. Info at www.8bitmemoirs.com

Got the HDCookBook for my birthday, and have studied BD-J a lot. Very little info online about it indeed. Some Japaneese sites are rather good, but requires Google Translate.

Is anyone here still interested in BD-J? I think I can answer a few questions from this thread (although it's old), so here goes:

From Lucif3r: Would make more sense if the PS4 supported such a thing from a USB stick or similar... Wasting a blueray disc for a java app? No ty... o.o

Yea, Sony blocked the possibility of booting a Blu-ray Disc from USB, as we all know. But I believe it's still possible to run BD-J stuff from a USB - if you boot from a disc.

So yea, you will still need to burn a disc - but you can settle for having this one disc for booting, and then run whatever Xlets you have on your USB.

I admit I haven't tried this myself yet (because I'm using a Dune HD Smart D1 for testing which lets me run my stuff from harddisk), but from what I've read in HDCookBook it should be possible, because:
So, you could (theoretically) "waste" this one boot disc, and then just use USB sticks for various homebrew. But yes, using a re-writable disc is also an option. It'll have a looong life due to the very small size of JAR files.

And of course, while developing, you can use a software player like PowerDVD from Cyberlink. (Other software media-players are also getting BD-J support these days, like VLC and Kodi).

From FreePlay: There's no audio. But I think we already knew that.

I don't think this is because you can't have audio with BD-J. I think it's more a question of the developers didn't bother to port the audio-system to a BD-J compatible one.

From what I've read, the whole Java Media Framework (JMF) should be available in BD-J. I admit I don't have any experience with JMF myself, but a quick look at the docs tells me that it supports playback of Linear PCM WAV, which as far as know, is a RAW format.

The dynamic audio generators usually uses raw format (I think), so it should "just" be a matter of finding a way to feed dynamically generated audio into JMF.

When we're talking homebrew games, you can always add audio in the form of video-playback. This is what I'm doing in my own project. Plenty of audio there.

From FreePlay: Something else I forgot to mention that you might have noticed in the video: emulators run REALLY FAST on this. Like, around 400% speed. I don't know why.

Without having tried the NES emulator, my guess is that it was created for PS3 with a "dumb" timing setting, which is the easiest way of doing it. The PS4 obviously having a faster CPU will result in a faster execution.

I suppose you could say that the emulator should just have been coded slightly differently.

From incognita: May be you can't hack the PS4 but I think you can do a lot of interesting hombrews.

Absolutely I think so too. My project "8-bit Memoirs" has been a very interesting one so far. Learning a lot of what's possible.

I admit I'm not as much focused on the PS3 as such, but rather Blu-ray Players in genereal (which is why my project has been tested on A LOT of different players).

If you only target PS3, you'll have it easy. Because getting stuff to run on all players requires a lot of patience and work. Blu-ray Players are just as different and buggy as JavaME enabled cellphones.

I would like to add the following. Some people say that Blu-ray Disc Java (BD-J) obviously isn't as powerful as native coding on the PlayStation - and they're of course absolutely right.

You shouldn't expect to be able to code full-blown 3D shooters. BD-J was created for simple menu stuff for Blu-ray movies.

That being said, you shouldn't underestimate what you can do with BD-J either. Take a look at this BD-J demo for example:

Here are some facts:
Cheers to @GregoryRasputin for the update and @raedoob for the heads-up in the PSXHAX Shoutbox! 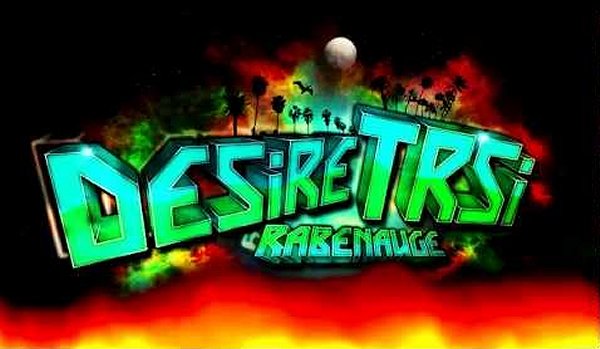 Senior Member
Contributor
Daaaaaamn, that was amazing. Sat watching it and 1st thought was "this looks like a current gen cracktro" and there it was....

I need to learn this

Senior Member
Contributor
Verified
This is an epic fail news it's old...
http://www.ps3hax.net/showthread.php?t=77837

Senior Member
Contributor
Indeed this is old, but people have started gaining interest in it recently.

Try reading a bit more, use your eyes before engaging your brain.
1.) That link from that crappy website 'PS3HaX' was a copy/paste from my website, which was also posted here back in 2014, so we all know that it is 'old news'.

2.) There is this tiny little word called 'update', here is a dictionary definition of the word in case you still do not understand what 'update' means:

update
Make (something) more modern or up to date:
‘security measures are continually updated and improved’
‘an updated list of subscribers’

Give (someone) the latest information about something:
‘the reporter promised to keep the viewers updated’

An act of updating something or someone or an updated version of something:
‘an update on recently published crime figures’
Click to expand...

Here is a link to the online dictionary, you will need it to guide you through your life as you seem to find it hard to grasp the easiest of words.

tl:dr
You are ignorant and an epic fail as you cannot read properly

Member
Contributor
How can we install this ?

fredenzo29 said:
How can we install this ?
Click to expand...

It is not quite a matter of 'installing'.

You need to run the Homebrew from a Blu Ray disc that you have burned yourself. But before that we need one that works well, for instance we have no sound and Emulators run super fast.

Senior Member
Contributor
Verified
How people are curious about this ??? 0% We wait for a real Jailbreak not this crapping news... Ah i forgot that... a site that work for this emulator... and for these people...

Senior Member
Contributor
That video reminded me how much I miss demoscene. I remember playing the PS1 Hitmen demos on my 133MHz Pentium at half speed in PSEmuPro.

Figure03 said:
How people are curious about this ??? 0% We wait for a real Jailbreak not this crapping news... Ah i forgot that... a site that work for this emulator... and for these people...