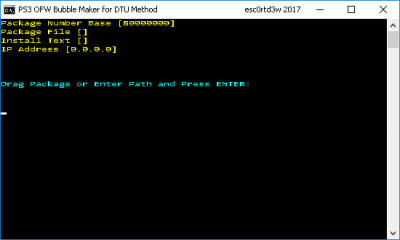 To quote from esc0rtd3w as outlined in the README.md:

This is another side project of mine that I figured I would release. Now slow down, this is nothing groundbreaking!!!

This will allow you to create bubbles on OFW using the DTU method and a CFW console.

It lets you drag & drop packages, edit XMB text, and change icon. Everything is automated and it will transfer all created files to the PS3 when finished. If you continue to make bubbles, the IP address is saved so you don't have to re-enter it every time.

Supports multiple bubble creation (not sure the limit!!!) and will automatically increment the output directory number to create new bubbles.

From my testing, it will allow you to install any ORIGINAL package on OFW from a cute little bubble. The benefit of this at the moment seems meaningless, but I thought it was a neat setup to get bubbles on OFW. Maybe better things will be in the future!! 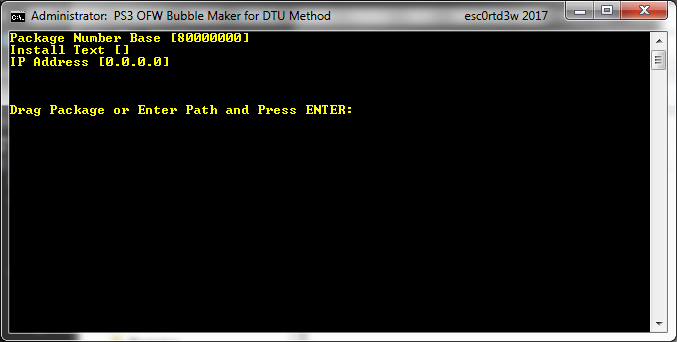 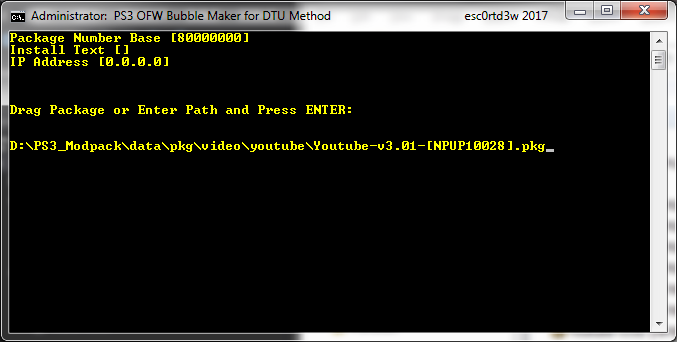 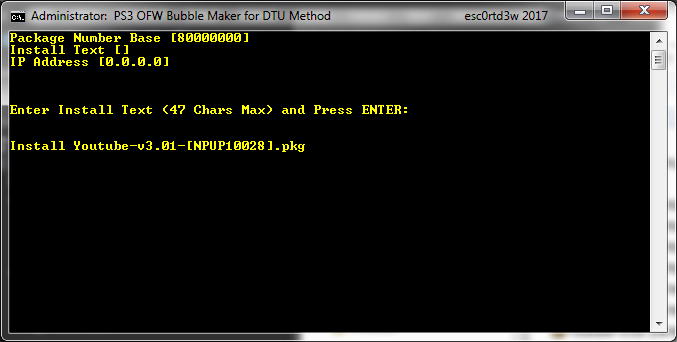 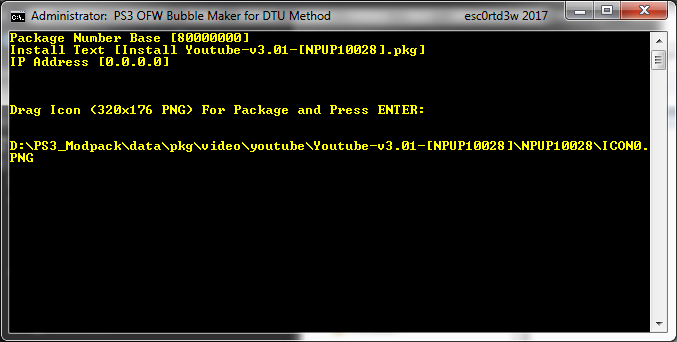 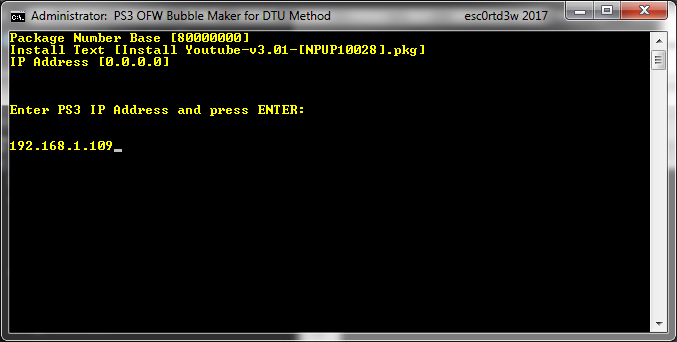 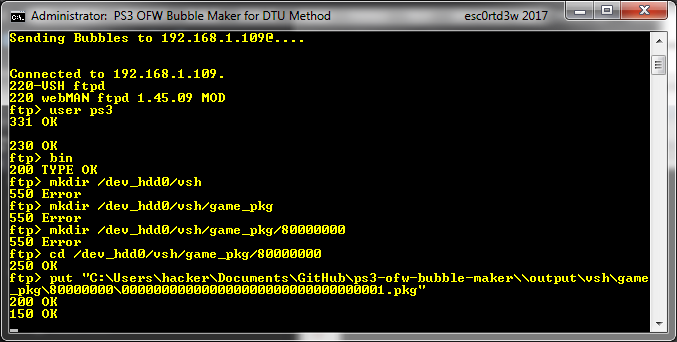 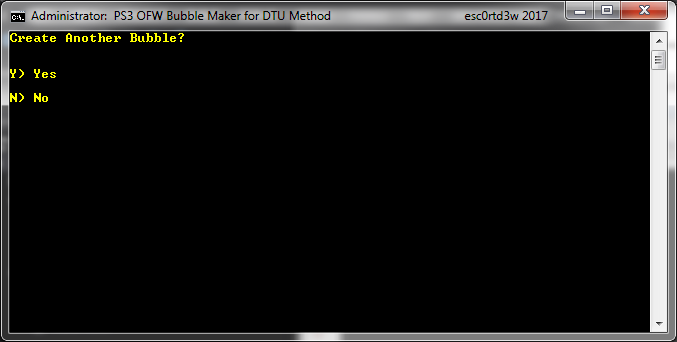 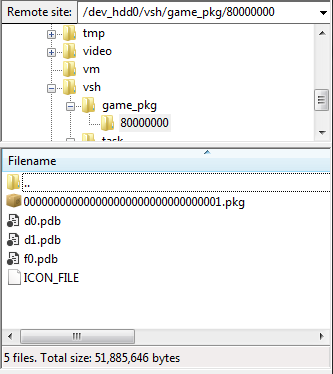 Cheers to both RLC for letting us know in the ongoing thread and esc0rtd3w for the follow-up!
Click to expand...

Arch91 said:
B7U3 C50SS, this is not that I meant. I do not need the pkg itself, I need that someone download the PSOne Classics game from PSN in the official way - then the bubble appeares.

Next, it is needed that /dev_hdd0/vsh/gamepkg/800000X directory is someway copied to PC and uploaded for downloading.
Click to expand...

Oh, that was my mistake on my part. Thanks for the information. You've been very helpful to @esc0rtd3w in this thread. I'll do better to be better informed next time. Or at least to try.

Member
Contributor
Verified
I had a time to test this bubble on my PS3 with OFW. It is much better to test things on OFW if you have a working ODE on it. I confirm @esc0rtd3w's words that

esc0rtd3w said:
it will allow you to install any ORIGINAL package on OFW
Click to expand...

And that's a problem. Even if we have this bubble undeletable after it's good action done, we can install only such type of games like local npdrm (needs activation file .rif/.edat in exdata), C00 (needs activation file in /dev_hdd0/game/GAMEitself/USRDIR), DLC, official apps (youtube, tvigle, etc.), game updates. There is much less of useful without activation files, you know...

I tried many pkg creation program (PSN Liberator, TrueAncestor PKG Repacker, etc) - they all seems based on make_package_npdrm and psn_package_npdrm (the mod of the first one). Looks like the case in that the key for the pkg-file they are creating is banned on OFWs a long time ago.

I do not know the way how to repack a pkg-file to it will be as the original in the first place of repacking (at least like this tool for eboots). I do not know the way of injecting (adding) files to the original pkg-file (without unpacking). And I think there is no such info because there is no experience in pkg installing on OFW. Or maybe, again, that's because of the banned pkg key combo.

Contributor
Is there a possible way to patch games and do transfer through a pc to a ps3 using filezilla?

Member
Contributor
Verified
@regalto, this is not the question about bubble maker... anyway, there is no possible controllable way to transfer things either through FTP, or any other protocol to a ps3 on OFW.