To quote from @Joonie / @DeViL303 via STLcardsWS on the PS3 Xploit v3.0 POC Teaser (Super Slim and 3K compatible) video:

What will this future exploit provide?
What you need to know about the legacy PlayStation emulators?
Here was a short interview with one of the devs of PS3Xploit Team (@bguerville)

What type of exploit is this project based on?
What's the word on Homebrew (HEN) for NoN-CFW Compatible Models?
Do you see any more possibilities in Userland exploitation?
Future Plans on this exploit?
Will user's be able to create their own Custom packages if tools are supported?
From the README.md: PS3xploit Resigner

A tool to resign PS2 / PS3/ PSX / PSP content for use with PS3 etHANol 4.82. To resign RIF file you need act.dat, idps.hex and a rap file. output will be signed_act.dat and rif

PKG files are resigned when converting from debug to HAN style PKG but seperate resigning for .ENC/.EDAT/CONFIG is supported PKG resigning is supported including every PKG type i could find

PS3Xploit Tools v3.0 is a suite of 6 tools supporting both official firmware versions 4.81 & 4.82. The only pre-requirement to use HAN is to have an activated PSN user account. It's recommended not to use your main PSN account but rather a spare one. The principle behind HAN is quite simple, due to a vulnerability in the way npdrm content is managed, it is possible to resign game related files with custom keys, patch vsh & install resigned pkg from XMB.

The first tool, on the PC side, ps3xploit_rifgen_edatresign.exe should be used to generate rif files and create new signed_act.dat. You should place the act.dat/idps.hex, previously dumped with HAN ACT/IDPS Dumper, in the resigner directory and drag matching rap file for your game onto the executable file. Then rename the new "signed_act.dat" to "act.dat" and place it on USB drive along with the new rif file. The files are now ready to be pushed to the PS3 using the HAN ACT/RIF Copier.
On the PS3 side, the other 5 PS3xploit tools are:

The 'HAN' project is solely relying on userland exploitation to provide digital backups support for the majority of PS3 Games as well as PS1/PS2/PSP Emulators (within the ps3 firmware) and the ability to install PKG files from USB. PS3 PKG Game backups need to be prepared with TABR and only ps3 games having an available "game update" are supported.

PKG files are installed from the Games XMB column, using a version of the Rebug Package Manager tweaked for this project. On USB of course, the FAT32 limitation of 4Gb is still in effect, it's a partition type limitation, nothing we can do about that. However workarounds using a local server can be used to remedy the situation if required.

Instructions for Each Tool in v3.0

This tool will dump your activation file (act.dat) and your IDPS.
PS3 HAN ACT/RIF Copier

This tool will write back to the PS3 a modified act.dat and *.rif file
PS3 HAN Debug PKG Enabler

What does it do?
You can host with your own server but no one click mode or start/stop the server.

Windows 10 users! If you are on Windows 10 then you might need to do this as it has a service that uses port 80:
PS3 PKG Linker v1.0 Usage Instructions (HAN Toolbox OFW 4.82)
PKG Linker 2.0 First Look, Initial Setup and More! (Xploit 3.0/HAN/CFW)
HAN Toolbox v0.3 (The Unoffical Xploit 3.0 Companion)
HAN Toolbox v0.4 - File Injector, Local xploits and Demo Downloader Added
Also available from habib is a Super Nintendo (SNES Station) Emulator for PS3Xploit HAN (via PS2 Emulation) with a demo video below.

This is tested and works
PS3 Xploit v3.0 on OFW 4.82 showing PS1/PSP and PS2-SNES!
And from NiHuShu comes more PS2 homebrew ports for PS3 including Sega Genesis (P-GEN) for PS3Xploit HAN via uLaunchELF using PS2 Emulation running at 50 FPS, to quote:

This result has been possible thanks to excellent work of my friend Zar who unlocked most part of new cores, during a shared work project and started together some months ago.

PS3Xploit v3 HAN Cold Boot Installer Final Preview [Tested On SuperSlim 4201A]
How To Use:
For custom files, simply replace with valid files/proper names and they should work!

How To Use:
For custom files, simply replace with valid files/proper names and they should work!

Also from esc0rtd3w comes a PS3Xploit v3 SSL Certificate Injector/Remover with details below, to quote:

This tool will allow you to add new SSL certs to flash, and remove any added ones from flash. This is more for curious people who want to dabble with maybe fixing some cert issues with old WebKit.
How To Use Injector:
How To Use Remover:
** You can also create a package that holds resources or files to copy using Extra Tools and use this instead of USB as source. Default directories are /dev_hdd0/game/PS3XPLOIT/extras/ and /dev_hdd0/game/HANTOOLBX/files/

And from esc0rtd3w comes a PS3Xploit v3 HAN SPRX Module and Library Replacer as detailed below, to quote:

WARNING! This has the potential to corrupt your system and require you to install OFW (Original Firmware) if not used correctly! USE AT YOUR OWN RISK!

YOU MUST REPLACE WITH A VALID SIGNED SPRX [CEX/DEX] OR THE PS3 WILL BOOT TO RECOVERY!! YOU CANNOT USE ANY MODIFIED OR RE-SIGNED FILES ON OFW, THEY ONLY WORK ON CFW!

FILES MUST BE SIGNED BY SONY FOR OFW! DEX MODULES/LIBRARIES DO WORK ON OFW!

SUPPORTS OFW and CFW - HAN "DOES NOT" Need Enabled For This!

How To Use:
** You can also create a package that holds resources or files to copy using Extra Tools and use this instead of USB as source. Default directories are /dev_hdd0/game/PS3XPLOIT/extras/ and /dev_hdd0/game/HANTOOLBX/files/

Cheers to @Jaroslav01 for the heads-up in the PSXHAX Shoutbox earlier today! 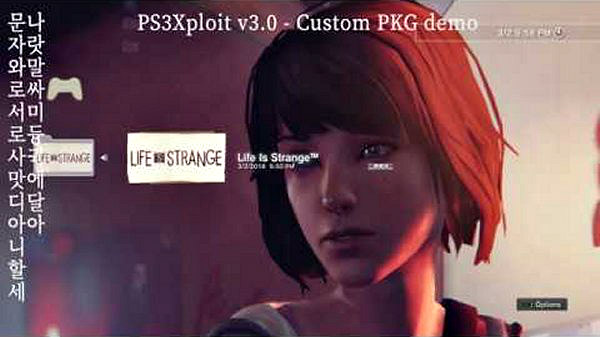 Senior Member
Contributor
Sony lost the battle when it comes to PS3.

Member
Contributor
Verified
Well I just tried running ps3xploit_rifgen_edatresign.exe and got some errors about some missing dll...

Member
Contributor
Check if you have all the visual c++ both 32 and 64 bit versions on your computer.

Contributor
How to Enable the function [install package files]