This is covered in numerous topics already including the PS4 Holy Grail, 5.01 PS4 WebKit, 5.05 PS4 Breacher and 5.50 PS4 OFW discussion threads but for those who missed it PlayStation 4 developer Qwertyoruiop released a PS4 v5.50 Firmware re-write of the user-level exploit code available HERE (Mirror) which he states should be 100% reliable and that the old kexploit was fixed in 5.50.

Needless to say this is a 5.50 PS4 WebKit (Userland) exploit and not a Kernel-level exploit, meaning until a fully implemented 5.50 Kernel exploit is publicly available you won't be able to jailbreak PlayStation 4 consoles on v5.50 Firmware so don't update!

In related news, PS4 developer @Al Azif also confirmed on Twitter that he "Pushed qwertyoruiopz's webkit rewrite to the DNS server for 4.55, just mashed it together but it seems to work will take a closer look later" and updated to PS4 Exploit Host v0.4.1 alongside an update to Ps4_Serve2_v1_6.apk by stooged.

As usual the tweets can be found below alongside a demo video by @Andrew Marques for those interested. 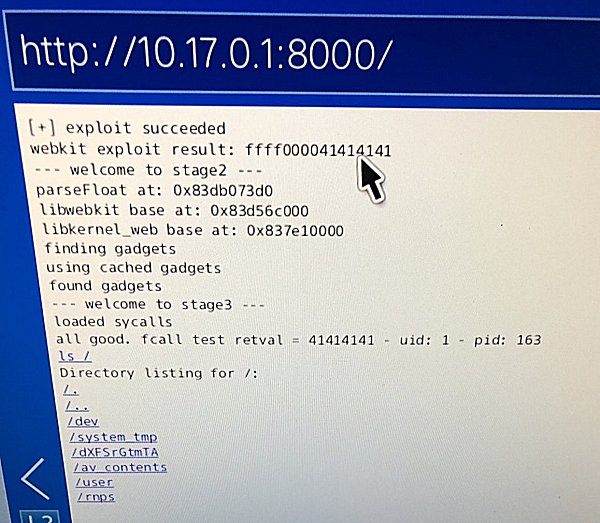 Member
Contributor
Verified
If the kernel exploit was patched in 5.50. Does this mean that the exploit will be released soon for 5.0X.

Senior Member
Contributor
Who's waiting for 5.XX Kxploit ?
I think, maybe we can see some big news in 48 hrs. !!
Stay tuned.

Member
Contributor
Backups can be played in 5.50 right? Userland exploit allows for backups?