From the related Tweets below, to quote: "2 weeks ago I posted this picture, today I'm posting up the source, this will be helpful for anyone working with PS4 and RE sprx, currently it's missing game bin/sprx support but that will be added in due time"

And to quote from the README.md file: PS4 NID to Function Name Resolver

At this moment, the plugin will only attempt to resolve libraries that have been defined in ps4libdoc by idc. In the future I plan on supporting any PS4 bin/lib/sprx (such as those found inside games containers)

To @idc for his work on ps4libdoc and ps4-uplift which made this project possible.

And from his Blog, to quote: PS4 NID Resolver - IDA Plugin

One of the joys of Reverse Engineering PS4 files is having to deal with nameless functions, since Sony have come up with an ingenious (?) way to create shared libraries without including any symbol names, but still have a way to resolve functions, using Name Identifier (NID).

What is an NID?

Code:
That, it's just a form of ID that can be used to identify a function, the way it works is, when devs build apps, the write the code and use the function name, but when the app is built the names are stripped out and instead NIDs and address locations are used to identify which function to call and where.

So what do we need to resolver NID into function names?
There are 3 main parts to this:
If you're keeping up, you probably realised that by now we can associate a function/symbol address with it's NID but we made no association between NIDs and function names, well that's is the tricky part, you see there is no real way to make an association, the current way I'm ware of, is looking at debug messages within a library as some of those messages would mention the name of the functions involved, for example this:

Code:
we can deduce from this snippet that SUB_260 is sceSysmoduleUnloadModuleByNameInternal since the error being printed is clearly from SUB_260, and since we can associate function address (0x260) to it's NID, we can associate NID to a name.

"but that sounds laborious", you say!! well ya it is but thanks to the work of @idc we have a database of over 10,000 functions!! As for the plugin you can find the source on github.

If you're not using IDA, building the source would generate an executable that will printout NID, symbol address and it's associated name, just so, I tried to break all the functionality into manageable bits so it can be easily ported to other tools (contact me if you need help). 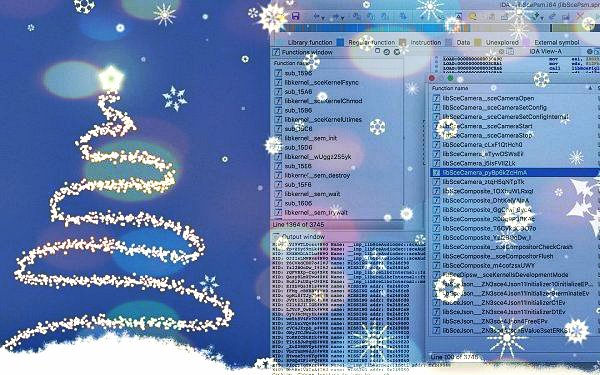 Staff Member
Moderator
Verified
For those following, I've added the PS4 NID Resolver IDA Plugin precompiled OSX / Win64 versions to the OP along with some additional details from his blog.