PS5 News       Thread starter PSXHAX       Start date Nov 21, 2021 at 6:10 AM       2,542       14
Many in the PS5Scene recall when PlayStation 5 lead system architect Mark Cerny first revealed PS5 Features, the PS5 System Architecture & Hardware Specs presentation and his PS5 SSD Recommendations this past summer for those considering a Compatible PS5 M.2 Storage Expansion drive... well, he's now back via Wired discussing how PlayStation 5 was built below!

Mark Cerny, Lead System Architect of the PlayStation 5, breaks down all the went into the creation of Sony's latest video game console. Mark talks about the steps Sony takes when developing a video game console, from early brainstorming sessions to picking out what parts to use in the final product. 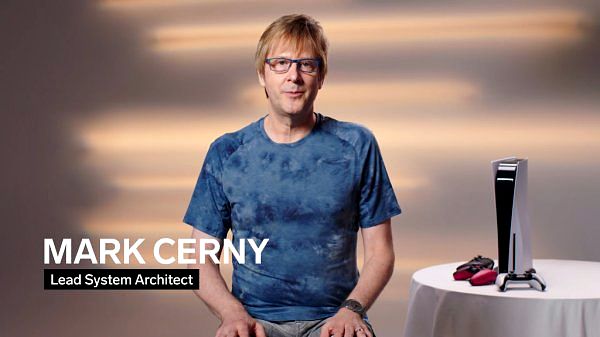 Staff Member
Moderator
Developer
Senior Member
Verified
Thanks nice break down video showing some of the work that goes into making a console.

Member
Contributor
Verified
Does he say they decided to make it big cause they want to sell a "Slim" version in the near future?

Member
Contributor
Doesn't it tell why they limit games to 60fps?

Senior Member
Contributor
Verified
You know how movies and TV shows always represent the guy running the tech company as a soft spoken weirdo? Be it Grandma's Boy or Silicon Valley, it's a stereotype that they're all kale eating, yoga practicing weirdos?

Yeah. That stereotype exists for a reason, lol. That cannot be Mark's actual cadence, voice and tone. I can't imagine a 15yo Mark Cerny explaining to the teacher how he lost his homework in that vocal delivery. It's offputting but also very funny to me.

I like Mark! This isn't a dig at Mark as he's a really smart guy that is also truly polite. I met him 4 years ago at an airport and was surprised by how down-to-earth he was when he didn't have to talk to me at all but spent 15 minutes asking me questions and hearing my thoughts on a wide range of topics.

Yes, he speaks like this privately so if an affect he taken on over the years he has really stuck to it. It's just funny to me. But we both waited to board and nobody else knew or cared who he was. We spoke for about 15 mins and it was about everything from gaming to entertainment in general.

I felt bad after a while and excused myself but at no point was he giving the "ok, leave me alone now" vibe. If anything it was the opposite! He was very engaged even though he wasn't by himself. The other person with him did their own thing and we just spoke for a while. He's a nice guy (based on my limited encounter).