PS5 CFW and Hacks       Thread starter PSXHAX       Start date Dec 30, 2020 at 12:50 AM       18,864       32
Last month we saw the first PS5 Game Dumps from BigBlueBox, and since then JRP threw their hat in the ring bringing a few PlayStation 5 rips of their own with PS5B joining the PS5Scene today sharing their first PS5 iSO Images on topsites in hopes the extracted game dump contents will eventually be used to get the first PS5 Game Backups running on either a PS5 Development / Test Kit as was done in the early PS4 Scene or via Retail PS5 Console whenever the first PS5 Jailbreak Exploit arrives.

Special thanks to the legendary @jwooh for the heads-up on this PS5 Scene news 'NFO-mation' earlier today!

Finally, in PS4Scene news today SonysNightmare (YouTube Channel) shared on Twitter a Sonyrator 1.2 Tool for those seeking to generate a fake PS4 User ID to activate an offline account with the following notes via the Tweets below:

1. Will not work for transfer games saves
2. Use in New User only, the purpose of this tool is to help users enable PS4 Remote Play 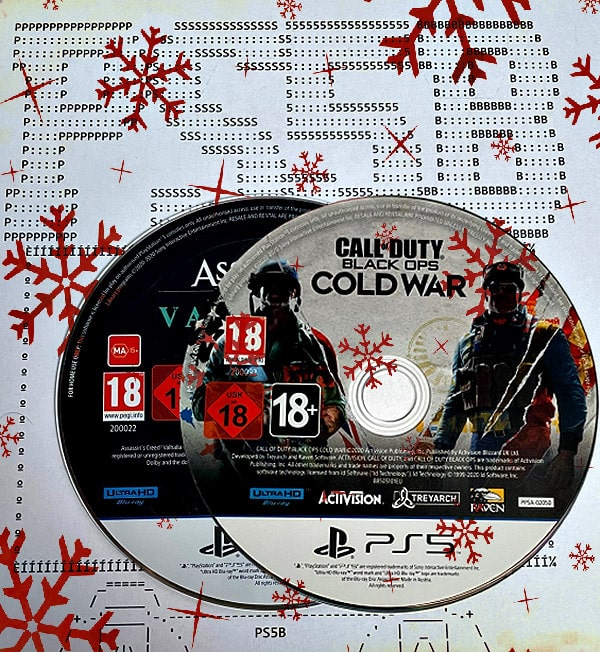 Member
Contributor
Verified
hmm, iso file.
i hope there will be a normal cfw for ps5 and not a browser exploit.

Developer
Senior Member
Contributor
Verified
lol - well ps3 3.60+ fw systems STILL don't have cfw, ps4's never got it, but you're hoping ps5 will get it?? Only one (out of 3) 8th gen consoles had cfw and I suspect none of 9th gen will have it.

Oh and BOUNTIES , lets not forget that. You can release cfw to the public and get nothing or give it to sony and get tens of thousands of dollars... hmmm

Member
Contributor
@Zoilus
If there is a result through which we can simply and quickly launch games on ps5, then I am sure they can collect tens of thousands of donations (for example through forums).

Senior Member
Contributor
@Zoilus The money is too little in my opinion. 10K or even 25K for a huge bug is a good bit of cash, but what is it in comparison to being a legend in the JB Scene? Now 100K+ would be a different story. It would make sense that if someone were good enough to crack the PS5, then they would be able to get a real job making real money.

Developer
Senior Member
Contributor
Verified
@Sapp88 go ask joonie from rebug how much they have collected over the years and years rebug was/is on ps3. Or DeanK who made webman and multiman. End users don't pay. Cheat menus... sure, hardware that hacks a system, yeah, but donations for stuff that's already free?? lol nope.

@ysfex3 too little? compared to what? because if they release it to the public its $0. I'm not mathematically inclined but $10k to $50k is waaaaay more than zero. Also the way the "scenes" work is that devs try to impress other devs. Finding the hack is what matters, it doesn't take away from my skills as a hacker if I turn over the hack I found to get paid.

And end users don't care about names, do you know who made cobra for the ps3? Who made the 1.74 ps4 kexploit? who made it public? Those people are legend, do you know them? Don't feel bad, pretty much no end user does.

if you release a ps5 hack today and don't update it for a year, all the kiddos start complaining and whining that the scene is dead and why are the devs so lazy! They couldn't care less about your name, I mean before august the amount of tears, hate and angst the user in the ps4 scene had and express on a daily basis in droves (even on this site) is/was insane.

So no, the devs owe the public nothing and should collect everything they can if they have the opportunity to cash in on their skills. One person already has cashed in on $65k in just TWO bounties for the ps4... A $25k and a $40k 4 months later. The $40k was probably cfw for it being that high or something unpatchable.

The payouts have already affected the scenes, the devs have already made their choices and those choices were cash. The only reason we have 6.72/7.02 is not because of theFl0w, its because sony told him after paying him, it was ok to make public, they probably won't ever do that again and definitely not with the ps5.