So besides Max and Gary's latest attempt persuade unsuspecting sceners into wasting money on a useless product like they did many times before such as with the True Blue PS3 dongle (while real sceners were reverse-engineering it, warning the public of their 'max con' job, defeating their DRM protection, releasing N0DRM free fixes, sharing source code openly and finally leaking the True Blue PS3 disc BCA codes) what is the Cobra BlackFin?

PlayStation scene developer Joonie sums it up in the following tweet below:
Here's what garyopa had to say on their latest PlayStation Vita backups product, to quote:

We have reported on the Cobra BlackFin dongle for the PlayStation Vita a few times, and even tho there is not much info out there on how it all works, and no full review, it does seem to be slowly shipping out to resellers now, and being used by some Vita handheld owners, and now a old-school warez scene group has started to slowly release proper dumps from various retail Vita games out into the wild west of the underground 'net for people to grab that don't want to go thru all the problems in making their own personal backups.

Well here we are again, after 4 months of silence Today we bring you the first PS Vita game, dumped by the "BlackFin" from Team Cobra !

After our first attempt to release a PS Vita game we saw a lot of criticism from public devs about the way it was pred. So in this nfo we want to clear up a few things and give some insight about what was and what will be in the future for the PS Vita scene.

-- About the license situation --

We don't get your understanding of "unique" when it comes to the license files for PS Vita games, but when the SAME file, from the SAME game, with the SAME Game ID differs in almost all regards, compared from two cartridges, we don't see how they can NOT be unique.

The understanding of the licenses are pretty much zero and we can only guess what information they might hold, so if any effort should be put into the PS Vita hacking right now, it has to go towards figuring out the structure and information these .rif files hold. It would be awesome if public discussions could take place on your platforms.

3. To our fellow competitors:

We would advise you to take extra caution with releasing PS4 and PS Vita titles because of what we said above. We got word from two independent sources that the licenses from both platforms COULD be tracked by Sony with information like first time activation and current console / user ID. As long as you never played the game or had the console online where you played it on, we would see no problem in releasing it.

1. The dumping process needs to be fixed, it's very unstable sometimes and seems to be related to the distance between the card emulator and the BT dongle?
2. Sometimes writing a game to the card emulator ends up in an error, and we could not identify the cause for this issue. You might want to investigate it and come up with a fix
3. In addition to 2) we (and probably a lot of users) would also welcome a seperate piece of software which can write to your microSD card filesystem (CEFS) with a standard card reader, rather than the BlackFin one.
4. Please enable individual file dumping from within the BlackFin software.
5. It would be awesome if users could check the currently available game carts which are online, without having the BT dongle plugged in.
6. A companion software for smartphones with bluetooth would be awesome, so people can authenticate their games on the go. PS Vita is a handheld after all right ?
7. Open your servers !!

-- To the archive / catalogue / preservation scene --

1. The filesystem on a PS Vita game cart seems to be exFAT, check 0x8000 for the beginning of the partition. If anyone could come up with a extractor, that would be very appreciated.

-- For the previous and (hopefully) coming PS Vita scene --

1. We will dump the games as *.psv, because the dumps are not conform to any ISO standard and don't seem to be 1:1 raw binary dumps either. After *.nds, *.3ds, *.wud, etc. this should be fine
2. If anyone else out there pres PS Vita games, please include the game ID in the nfo, so the good private souls and Team Cobra can invest in those games to be hosted for authentification in the future.
3. We request a nuke for our own release: Uncharted_Golden_Abyss_EUR_MULTI5_READNFO_PSV-PSiCO Because the expected exploit to play those never happened and we now have a working solution by Team Cobra.

And to whoever released: World.of.Final.Fantasy.PAL.PSViTA.READNFO-VBL - f*ck you

Well this is it guys, we hope you enjoy this release and the rest that is coming up.

Thanks to Team Cobra for making this possible !!

And as always, if you like this game - please buy it !!

So there you have it finally after all these years, proper working PlayStation Vita Game Rips are appearing on the underground 'net by a scene group for usage by those that have already bought a Cobra BlackFin dongle for their Sony handheld, and normally we don't publish full long .nfo's like this, but being the first release, and also the fact the group published alot of useful info and tips and things that should be now discussed in their .nfo, its time to get the balling rolling and properly build up the Vita Scene finally.
Click to expand... 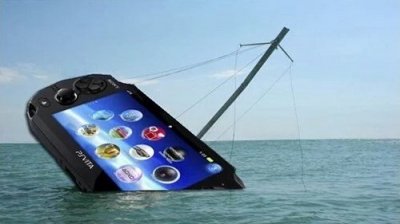 Finally, for those curious below are some of the aforementioned PlayStation Vita scene game dump NFO files (where available)... let's hope history repeats itself with PS Vita scene developers creating a free and open-source alternative to the Cobra BlackFin (even though PS Vita sucks and has been dead awhile now ). 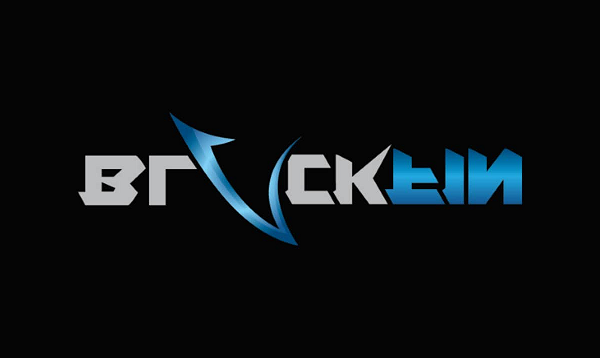 Senior Member
Contributor
Verified
no need for redrm crap...also no need for a vita...

Senior Member
Contributor
Verified
I like Vita itself but no games interested me at all except Uncharted Golden Abyss.

I will wait for PSV emulator one day to play just this game.

Senior Member
Contributor
Verified
I do not mind drm in vita as long I would not have to drag all those cartridges/game cards and could move freely my save data, thats truly annoying to swap each time when u want to change game and specially in journey where u use vita most , sad days maybe some day some one will finally crack this open and show finger to $ony

Senior Member
Contributor
Hope it can be dump into Portable HDD instead of Memory Card as Memory Card has limited Space and aslo expensive.

Developer
Senior Member
Contributor
Verified
This crap with black fin is complete garbage considering what's being used. Now I do have a few ideas of how to obtain the info n have a program that will let me work side by side with this garbage to see exactly what's going on

Developer
Senior Member
Contributor
Verified
I also have a psvita mate n have since be4 Christmas when I got it with fw3.55 n even i see the linking between the dumps and the encryption so they can re-encrypt.

Senior Member
Contributor
Anyone that knows this testing screen and jailbreaking a system knows that if something comes out, someone somewhere will figure out how it works and ether copy it and then make something like it to sell or release it for free. This is no different. Someone will get a hold of one of these and figure out how it works and then release it for free or copy it.

I understand that people spend a lot of time on these systems and many feel that they should get something back from it, so they charge for it. I guess in closing, wait to get something for a whole because someone will figure it out or buy one of them and use it.