According to the developer's early tweets the game may be in English, and to quote from Logic-Sunrise.com on the release roughly translated:

Here is a new homebrew (native) for our PS4, Resident Evil Code: PS4.

At the base developed for the port of Sony, PS Vita, it is now available on PS4.

This homebrew is, for the moment, the same as its Vita version, so you will find the same functions, the same gameplay and the same design on PS4, the code has been completely changed from .Lua to .Gml thanks to our friend Red-J who gives me a hand on programming and thanks to his samples that help me a lot.

The goal of this mini - shooter is to survive the waves of enemies but also to keep as many humans alive, you will have access to 3 different weapons (gun, pump and uzi).

Other weapons will probably arrive with the next update, as well as new players ... 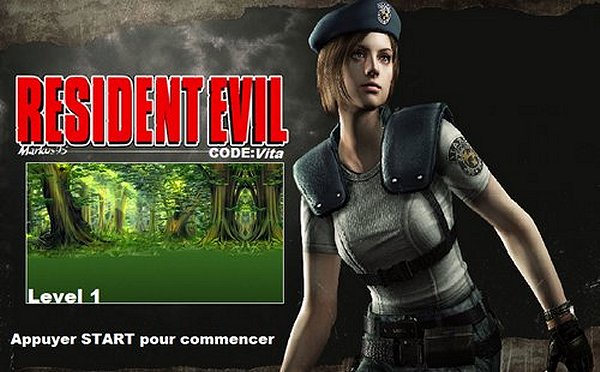 Member
Contributor
Verified
I didnt bought a PS4 to play Games with Atari 2600 graphic. But nice to see that the scene is moving and rising

Senior Member
Contributor
By now we kinda get it that you can port anything from ps2/psvita to ps4. Where is native homebrew like retroarch or such? They even ported it to xbox one already. Scene is dead

Developer
Member
Contributor
Verified
@Synderella,
This homebrew is native ps4...
Its no a port vita on ps4 but the same game build for ps4...

Senior Member
Contributor
Verified
that game is so archaic