Below are the details from Logic-Sunrise.com, roughly translated to quote:

FYI, it also supports GBA ROMs, but the emulates very badly, so I advise you to use it for this console.

As usual it is published without ROMs, to add them yourself, here is the procedure to follow:
PS: Other emulators are being tested, if you want to follow my future projects and have a glimpse of these future emotions, all that goes on here: https://twitter.com/Markus00095 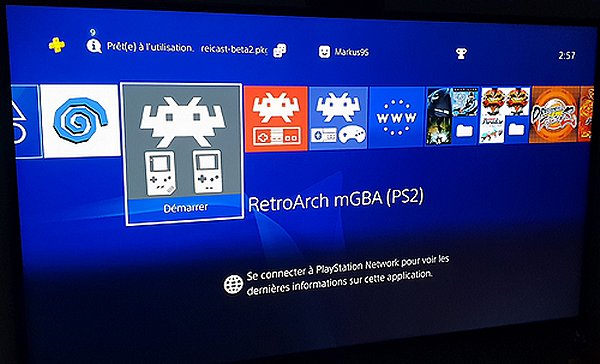 I made some concessions ie. The Legend of Zelda became Zelda and Teenage Mutant Ninja Turtles became TMNT... etc.

Disclaimer: if you have a problem with the naming, you're welcome to rename everything by hand and recompile.

Senior Member
Contributor
Verified
This is great... but i can't wait for the official Retroarch to come out (and i don't thing its based of the ps2emu?) with all the emulators in one

Staff Member
Moderator
Verified
@MasterTurkey Thanks, added it with the video to the OP now.