To quote from LetsGoDigital.org who recently discovered the patent (sony-augmented-reality.pdf), roughly translated:

"The Sony headset can be used wirelessly and can be connected via Bluetooth to a PlayStation console or a computer. The operation is via the game controller or a keyboard, depending on the medium (console or PC) that the gamer uses.

In addition, the patent description states that the headset can also be used in combination with a smartphone or tablet. So you can also play mobile AR games via the headset. By implementing the AR headset wirelessly, the user retains much more freedom of movement. Furthermore, the patent speaks about the possible addition of a USB and an HMDI connection.

In this patent, incidentally, only the technology is recorded and not so much the design. The images are for illustrative purposes only, so Sony could opt for a completely different design. In addition, the description states that the number of stereoscopic cameras used may differ."

Below is a Sony Augmented Reality R&D prototype trailer video from their Ghostbusters in the Park location-based AR game project held at Ginza Sony Park in Japan.

Sony Augmented Reality (AR) R&D Prototype Trailer Video
Whether this recently patented Sony technology will make its way to their upcoming PlayStation 5 Console scheduled to launch during the 2020 holiday season remains to be seen.

According to our PlayStation 5 Price Predictions poll, a $499.99 price tag appears to be the most popular among voters for Sony's next-generation PS5 video game console. If you haven't cast your vote yet, you can still do so in our How much will the PS5 cost? poll. 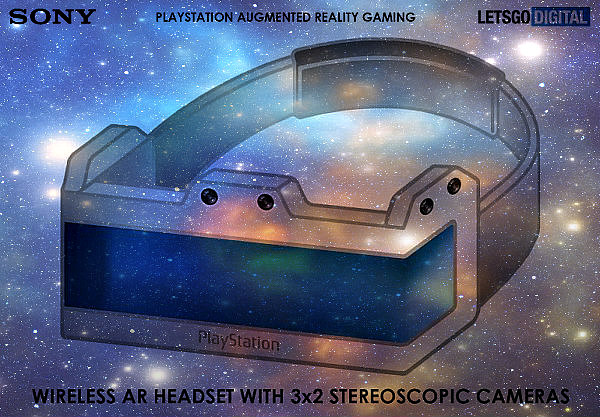 Senior Member
Contributor
Verified
Can you imagine? Playing yugioh the same way as in the anime or doing a pokemon battle in real life. Maybe something like ordinal scale from SAO... Or something like Dennō Coil. Oh well, we can always dream

Member
Contributor
I don't see this happening any time soon