PS5 Price Predictions: How Much Will PlayStation 5 Cost? Get Saving!

Earlier this week Sony officially announced their next-generation console the PlayStation 5 is a thing, and is slated to arrive commencing PS5 scene hacking, exploiting and jailbreaking collaboration during the holiday 2020 season... but how much will the PS5 cost?

While Sony hasn't confirmed a set price point on the PlayStation 5 yet, based on the reported features and specs and new haptic feedback PS5 controller with adaptive triggers included how much would you be willing to pay for a launch day console likely on PS5 v1.00 Firmware?

Let us know in this week's PS5 site Poll and the comments below! 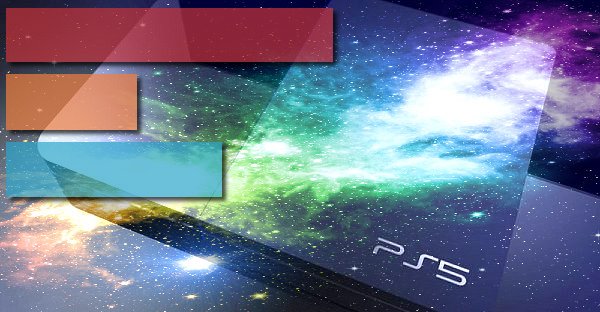 Member
Contributor
800$ is what i've seen

Staff Member
Moderator
Contributor
Verified
Jeebus... That would be crazy for a video game console, even decent PC's you can find for a few hundred bucks on NewEgg, etc.

Maybe for a 'Pro' model or something, but if they expect to sell a lot of them like the PlayStation 4 then Sony will have to make it affordable to the masses... including minimum wage workers, etc.

Senior Member
Contributor
Verified
For ~500€ I will think about to buy one, otherwise I'm not willing to spend more money for a 4k blue ray player

Member
Contributor
I hope it costs as much as possible as this will give us better hardware and allow developers to make better looking games.

Senior Member
Contributor
Verified
I believed about 400 dollars. Since Sony learned their lesson about expensive. PS4 was about 400 dollars. This should be fair good guess as well but 499 is probably likely but not 600 at all. People who vote 600 need to reread it somewhere again about Sony's learned the lesson in the past.

Senior Member
Contributor
Am I the only one concerned about how those new gamepads will drain batteries with those new features? Almost back to wired. RIP all-night sessions with friends. 3-4 hours MAX if you ask me for predictions.

Member
Contributor
Not less than 500 dollars. If a good PC cost about $ 1,000. And on PS5, the hardware will be above the average PC level.

Member
Contributor
Verified
Most likely $500+ and how much for the pro? 700+