Here are the specifics from PlayStation Brand Marketing VP John Koller, to quote:

If you haven’t picked up PlayStation VR yet, we’ve got some good news – the PS VR bundle is making a return. This was available for pre-order before launch, but it’s hitting store shelves next week for $499 USD / $699 CAD (MSRP). Check your local retailers for availability.

The PlayStation VR Bundle represents a great value, as it includes all of the following items:
Interested in the frightening adrenaline ride of Until Dawn: Rush of Blood? Well, even more good news – an exclusive PlayStation VR Until Dawn: Rush of Blood Bundle will be available at GameStop and EB Games. This bundle will become available later this month for $499 USD / $699 CAD (MSRP), and includes the following:
It’s only been three months since we launched PS VR and the game lineup looks to be incredibly strong in 2017. I’m super excited about a few PS VR games in the year ahead, with Farpoint, Golem, Gran Turismo Sport, Psychonauts in the Rhombus of Ruin and Star Trek: Bridge Crew in my sights. Hope you all get a chance to pick up a PS VR headset and enjoy these for yourself. We love the PlayStation Nation’s passion for this platform and I can’t wait for what’s coming in 2017! 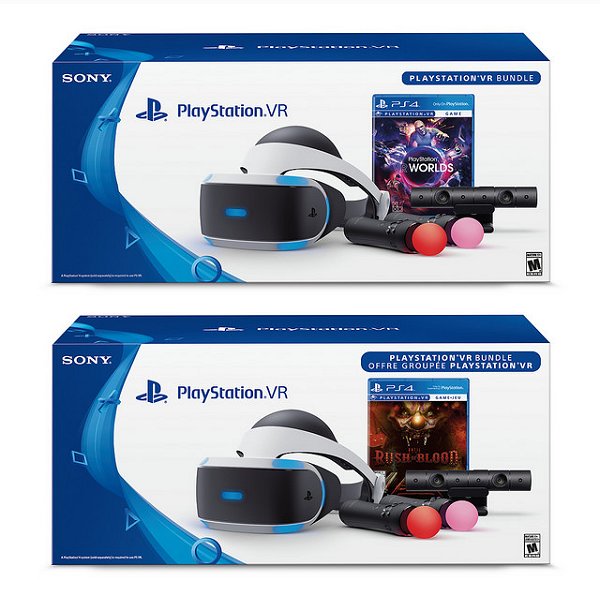 Senior Member
Contributor
Verified
is there a site or anything that has information on what bundles come with which firmware? I'm really interested in a PS4 Pro VR Bundle but I'd rather be on 3.7 than 4.whatever. Thanks for any info that could be spared

Staff Member
Moderator
Verified
I don't know of any dedicated sites for that offhand (perhaps a SubReddit exists?), but here are a few links:

Member
Contributor
Cool. But to be honest, I'd be more interested in a PSVR bundle that came with the Star Trek game.

Senior Member
Contributor
Verified
No thanks. They are trying to damage my money out of my wallet!!! STILL UGLY VR LOOKING. FORGET IT! SCREW THEM! in 5 years, it will be cheaper. Heck no, VR google is too big. I will give another 10 years for VR google to become smaller and lightweight. Right now, it is UGLY VR I have ever seen. FORGET IT!

Vahnyyz said:
is there a site or anything that has information on what bundles come with which firmware? I'm really interested in a PS4 Pro VR Bundle but I'd rather be on 3.7 than 4.whatever. Thanks for any info that could be spared
Click to expand...

You'd be better off buying a pro launch model, if you intend to use vr then updates are required.