According to their E3 2016 media invites sent out today, the PlayStation press conference will be held on Monday, June 13th 2016 at 6PM Pacific time (9PM EST). 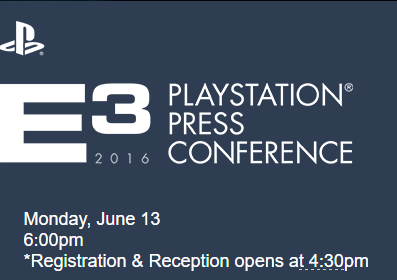 The rumor mill at Geeksultd.com also reports that a game industry insider believes the upcoming PS4K (aka PS4.5 / PS4 Neo) console will first debut at the trade show during Paris Games Week in October, rather than at Sony's E3 2016 press conference.

Will anyone here be attending E3 this year?

Senior Member
Contributor
I'm betting everythnig that they will release it then. would be the perfect opportunity to do so. great chance to show off your slim new console

But the article says that they won't.. that's forboding...

Staff Member
Moderator
Verified
I remember last year when people were expecting to see them at Gamescom and Sony opted for Paris Games Week then too... time will tell if the 'industry insider' is right or not I spose

Senior Member
Contributor
Verified
they maybe domt speak about it on e3 because of the sells from the ps4....if they say on the e3 that a new PS4 will e released nobody would by a normal PS4 until the release of the NEO

Senior Member
Contributor
Verified
Of course it's making sense to release it in october/november to bump sales for xmass, ppl tend to spend more money on xmass shopping then in whole year. How would Spock say it: it's a logical choice
You must log in or register to reply here.
Share:
Facebook Twitter Reddit Email Share Link