Updating to a Specific PS4 Firmware Guide by AlexxLopaztico02

1- First of all, you gotta download the 4.0.1 FW in a PUP file, which you can get clicking this link (mirror here).

Note: if you want another PS4 FW update, check this page (mirror here).

3- Now, make a folder in your flash drive called "PS4" (without the ") Remember it gotta be in UPPER CASE.

4- Inside the PS4 folder, make a folder called "UPDATE" (again without the ") IN UPPER CASE.

5- Copy the file you downloaded at the start of the tut to the UPDATE folder.

6- Rename the file to "PS4UPDATE.PUP"

7- First of all, shut down COMPLETELY your PS4.

9- Connect the FLASH drive to the PS4, followed act connect via USB the DS4 (Dualshock 4 Controller) and press the PS Button.

11- Follow the steps on screen, and select "Okay"/"Accept" in everything.

The PS4 Gonna reboot a couple of times, and guess what, you have successfully updated your PS4!

See you next time!

Thanks to @bodeg for letting us know about this tutorial in the PSXHAX Shoutbox! 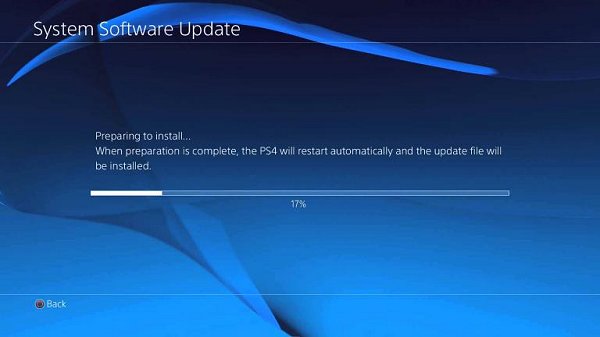 EDIT: Firmware lists are in USA ? I don't see the list for Europe version. I am in America with EUROPE PS4 Console.

Senior Member
Contributor
Wait so couldn't we buy a new hard drive and then put 4.01 update on it while also having a current up to date hardrive

Senior Member
Contributor
why? "without having to update to 4.0.5 and lose to opportunity to jailbreak (ouch)"

think it's hackable too if someone find the right holes ... but whats about Downgrade, every FW patch the Konsole to this, so only this one or higher can be reinstalled ... find the part where it get patched (after full access to samu or leaked keys if someone leak this) ... im thinking theres a way to patch the console for downgrade with an mod FW Recovery File

Mason Norman said:
Wait so couldn't we buy a new hard drive and then put 4.01 update on it while also having a current up to date hardrive
Click to expand...

The firmware DOES NOT get installed onto a Hard Drive. The updated firmware gets flashed to an on board chip.

Life would have been very easy if changing firmware was as simple as swapping Hard Drives.

Member
Contributor
Verified
I had some problems following this guide... Maybe someone can change the guide in some points?

Point 6: It should be: Rename the file to "PS4UPDATE.PUP"

Beside that, I couldn't insert my USB Stick at the front ports, but it didn't work on the backyard USB. There I got an error message like "You have connected 2 USB devices". I had to use an adapter cable and use the front port.

All the best,
Calahan

Staff Member
Moderator
Verified
I included some of your revisions in the OP now thanks!