We here at PSXHAX.COM would like to wish EVERYONE a HAPPY 4/20 Day today!

Below you'll find some 4/20 videos, stories and Tweets making their rounds on Twitter for the cats who can't just lay back and chill with the rest of us

sPECiAL sHOUT oUTS to those who remember ANY OF THiS (if you do, take another puff and pass it to the left!), to my #1 Newfie markyg and to qwertyoruiopz for keeping everyone awake the last few weeks!

Feel free to add your own 4/20 Day videos and stories below...

So one day I was sitting with a buddy, his pregnant girlfriend (who was wearing a dress, mind you), me and my chick... and phat blunts, bongs, etc weren't good enough so we started doing buckets... if you've never done 'em consider yourself warned!

Next thing we know his old lady leaves the room for a few minutes to get us more brews, and before she comes back he tells us he's gonna Fonzie her... so we were all like ummmm ok???

Soon as she got back she gave us our drinks like a nice lil wifey, went to sit down next to him on the couch and shot up faster than any pregnant chick I've ever seen move in my entire life... and it was only then we realized wtf he was on about, she got Fonzied!!!

If you don't find this hilarious, either you had to be there or need to take another hit and reread it! 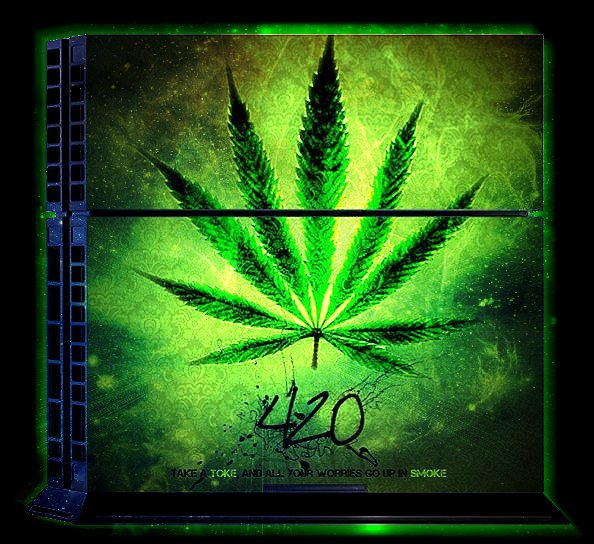 Although the keys are not on the system, added this to the OP now also.. thanks @Bassabov!

Senior Member
Contributor
and now that?

Staff Member
Moderator
Contributor
Verified
Here's another... many summers ago me and four buddies were on our way to see a bunch of chicks we went to school and grew up around at their dorm.

So we drove way the hell out to east bumblef*ck past the fukowee indians and ended up lost, stoned, hungry and finally spotted a taco bell!

It was a warm night so we got our food and went out to the back parking lot to eat and smoke, etc.. since it was rural there were woods all around it and out of the brush came a bum walking up to our group.

"Any of you f*ckers got a cigarette?"

So one of the group asks rhetorically "did he just call us f*ckers?" and the bum isn't phased in the least and just stands between us all waiting.

Someone caved and gave him a cigarette to be nice and get him on his way, but he continues standing among us and then after fiddling in his pockets says:

Jaws drop, we all look at one another dumbfounded... we just gave him a smoke and he has the balls to ask for a light calling us f*ckers again?!?!

We wanted to finish our food, puff some ganja and go get laid so once again someone gives him a light out of kindness in hopes to get rid of him.

He lights his cigarette, and then turns to the biggest guy in our group who was eating a burrito and says:

"You're not going to eat that in front of me are you?"

So naturally, my buddy takes a BIG bite out of it right in front of the bum and replies:

Completely disrespectful to the group of nice guys he interrupted who just gave him a smoke and a light, the bum then tries to take the rest of the burrito from his hand pushing my buddy in the process, so my buddy's eyes pop open wide revealing his best Zeus impersonation and he gives the bum a tiny shove back.

The bum doesn't take the hint, and pushes him back even harder... so my buddy finally gave him a real push that sent him off the ground flying back about 10 feet (legit!) and the bum landed on his feet, turned around with the precision of a rolex watch not losing his momentum and kept running back into the woods.

We all smoked up, found the dorm too late and in lieu of getting our weiners wet that night we all got this lousy story to tell out of it

SSShowmik said:
Meaning I'm taking a dump at 4 55 AM
Click to expand...

Or at 4 55 PM. Seriously. what does that mean ? If OFW is dumped. It already did. Look:
http://darthsternie.bplaced.net/ps4.html

If not, then what does that mean?

Senior Member
Contributor
Refers to the ability to view files in a browser.

For those who haven't...
Hunt: Showdown Brings Bounty Hunters to PlayStation 4 Next Week
Next week join the rugged bounty hunters of Hunt: Showdown as they rid the world from the savage, nightmarish monsters roaming the Louisiana swamps! Hunt's competitive, match-based gameplay...