Proceeding the PS4 Out of Memory Error Browser Crash Demo from a few years back, PlayStation developer SilicaDevs (aka @SilicaAndPina) recently made available on Twitter a simple 'Hello World' GameMakerPS4.pkg made with GameMaker: Studio for those seeking an alternative to Unity-based PS4 homebrew to develop with.

From the video's description:

Check me out in these places:
GameMaker Studio PS4 hacked 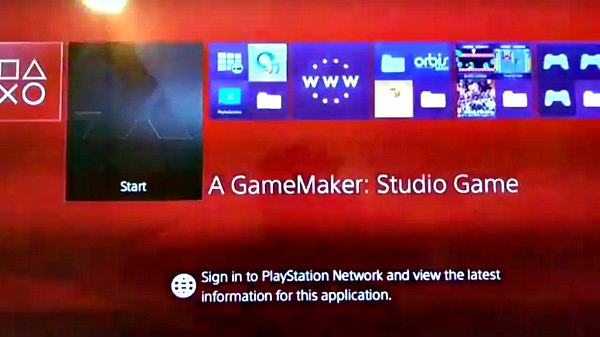 Senior Member
Contributor
Verified
can we have a working video player homebrew now?

Member
Contributor
Verified
Any "noob friendly" devkit or something similar to let users actually develop something for the PS4?

Senior Member
Contributor
lmao between Silica stating the ps4 architecture is a pain and hearing demoscene style music, i love it. made my day.

@Sergi8 Yeah, but the possibilities go much further than just simple video games. I'd imagine many people are unfamiliar with Demoscene competitions that have been going on nearly 30 something years in Europe. Revision being the popular ones this last decade. Teams would really push systems to their limits with pure eye candy. It's not even just about Commodore Amiga computers these days.

Just Youtube Bad Apple Demo. It's only a B&W music demo, but has been reproduced on SOO many underpowered systems that leaves people scratching their heads OH MY GOSH.

And then there's the totally radical crackscreen intros some groups still put on their installers. Even early days of Oculus Rift DK2 was about techdemos and experiences. It's not just about the games, Demoscene RuleZ d00dz.

Developer
Senior Member
Contributor
im looking forward to developing something with game maker studio for the ps4. please keep us informed! this is epic!