These PlayStation 4 Config Mods are for use with the Mednafen PS4 Port PKG by Znullptr (aka dmiller423), who also has a Patreon Page and Github Sponsors Page for supporters to follow.

Below is a Mednafen v0.3 PS4 demonstration video and further details from his update on Logic-Sunrise.com, roughly translated:

Here is a new update of the Mednafen .cfg file, adding some new features.

Indeed, in a previous news, I spoke about the incompatibility of 3 platforms that are the Virtual Boy, the WonderSwan and WonderSwan Color, due to their rather particular controller and therefore hard to configure on our PS4 controllers, but this concern is now settled.

This update now supports PS4 controllers for these 3 platforms, so you can play Virtual Boy and WonderSwan / WonderSwan color games.

But that 's not all, I also add the support of 4 controllers for each consoles, you multiplayer games as Bomberman 4 players.

You will also find as new the rapid-fire for each console also, which will be very convenient for shoot 'em up for example.

I am working to add the DualShock to the emulator PSX to enjoy the 2 sticks and always but without much success to the emulation Saturn ...

To install this new update, unzip the archive and copy the mednafen.cfg file to your USB key in the mednafen / ... folder. 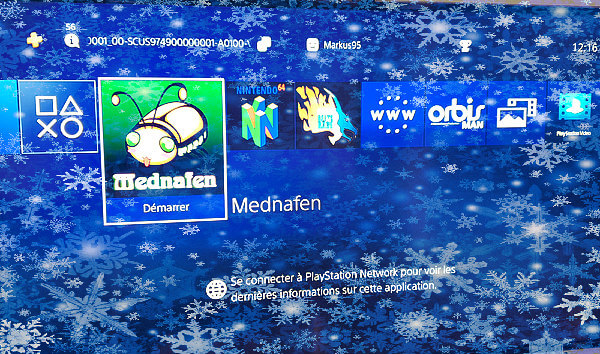 Senior Member
Contributor
Verified
Thanks for sharing your work. One question, does the in-game save you correctly? I've tried with SNES and PSX and when if I save the game in-game, they don't appear on restart.

Member
Contributor
Thank you for this gonna give it a go

Senior Member
Contributor
Verified
@Kus00095 Ah, Ok, I didn't know. Thanks & Thanks again for your work. ^_^