I also built the binaries, elf and bin successfully and below is a demonstration video of it running and sniffing for those interested. I also converted bin into js to injected it as a payload thru website.

In the PS4Admin web page (http://ps4admin.retrogamer.tech) I did an update and I added the CFW option menu to inject this MiraHEN.

There is no too much information or any notification when you inject it.

But once you finished you can go to your Windows or Linux and try a "telnet PS4-IP 9998". It means do a telnet connection, again your PS4 IP, and using the port 9998.

Then you should see all of the debugging information from PS4 and also the debug and test messages from MiraHEN. So that means it's working.

If you want to see it live in, I did a live thru YT when I show it. My language is Spanish so if you don't want to be bored listening something you don't understand then jump to minute 8 and so on. You will see it in action. 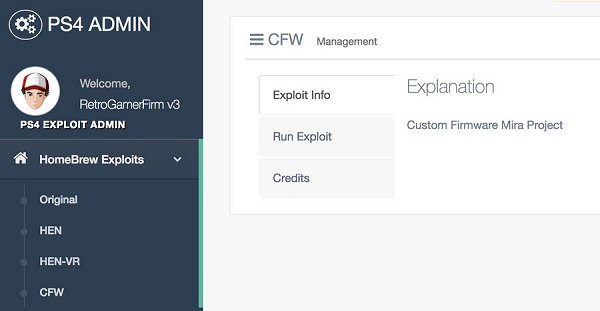 Senior Member
Contributor
What does this have over hen ?


pearlxcore just upped this for anyone who wants it.

Senior Member
Contributor
Verified
Is there any advantage in having this over the regular HEN?

Member
Contributor
thank you, we expect news from 5.05

Member
Contributor
I wish it to Mira 5.5

Senior Member
Contributor
Wat are the advantages of it for a normal end user having 4.55 hen?

Developer
Senior Member
Contributor
Not too much advantages for end users as it is right now. But it's time for devs And maybe a new great scene can come

Senior Member
Contributor
If you are not a Dev waste of time for the ones that didn’t get the 5.05 kex in the circle of trust the low level devs lol another reason 5.05 want be out tell mid June
You must log in or register to reply here.
Share:
Facebook Twitter Reddit Email Share Link