IF YOUR PS3 IS A SUPER SLIM, YOU ARE NOT HACKING THIS RIGHT NOW. STOP THAT. YOU WILL BRICK IT IF YOU TRY THIS.

IF YOUR PS3 IS A FAT, AS IN THE ORIGINAL RELEASE WITH THE SPIDERMAN FONT, KEEP GOING

IF YOUR PS3 IS A SLIM, LOOK AT THIS LIST
http://www.psdevwiki.com/ps3/SKU_Models

IF YOUR PS3 SLIM SERIAL NUMBER (ON THE BACK OF THE CONSOLE, WITH THE BARCODE) IS CECH-20XXA/B OR CECH-21XXA/B, YOU ARE SAFE. IF IT IS CECH-25XXA/B, YOU MIGHT NOT BE. REFER TO THE GUIDE ON THE WEBPAGE TO FIND OUT HOW TO DETERMINE IF YOUR PS3 SLIM IS ELIGIBLE. IF THE MINIMUM VERSION FOR YOUR PS3 IS LOWER THAN 3.60, YOU ARE GOOD.

SETTING UP:
make a folder called htdocs
put everything inside it, like this 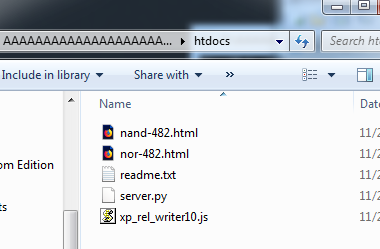 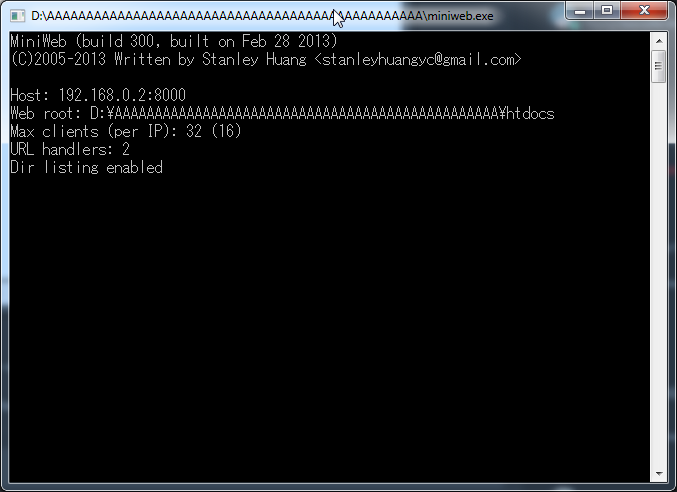 ​
If yours has a different font and doesn't have the yen symbols, that's fine. I'm on japanese locale in this image, so it looks that way.

3) Go to your PS3's web browser
If it asks you about some certificate, just click no/cancel loading/whatever.

4) In your ps3 web browser, enter the IP address shown, and it will give you three or so options.

Now, this is the hard part -- identifying your specific console, and if you'll even be able to hack it properly.

If your console is a super slim, stop this right now.
You should have before, but you need to stop specifically.

If your PS3 is a fat, check http://www.psdevwiki.com/ps3/SKU_Models and see if you need to click "NAND" or "NOR."

If your PS3 is a slim, and it supports a minimum firmware of 3.56 or lower, click NOR.

Click ok on the thing that comes up, and then press whatever the button at the bottom of the page is.

Let it do it's thing. You'll see progress in the command window. When it's all over, your PS3 has been downgraded, and will shut itself down with a bunch of beeps. This is normal.

On your flash drive you used before, rename this downloaded file to PS3UPDAT.PUP, and put it in PS3/UPDATE on your USB drive. Put that in your PS3, then go to system update, and "Update from Media."

To install them, use this https://store.brewology.com/ahomebrew.php?brewid=244
Run it, press L1, and it should install everything.

Then just find pkg files that work and go from there. This stuff came out literally just today so expect it to be pretty buggy and finnicky. In due time, it'll be pretty robust however. Especially for the super slim owners.

Staff Member
Moderator
Verified
Thanks for sharing this @LightningMods, I'll link to it in the main PS3Xploit 4.82 CFW on OFW, NOR / NAND Flash Writer & NOR Dumper article shortly as well.

Here's one more I ran across for those still having issues from DuoForce, as follows:

To start things out, you must have a PS3 Console that has a minimum firmware of at most 3.56. If not, then you cannot downgrade your console. You can check yours using this guide or by using this chart made by Red
OPTIONAL BUT HIGHLY RECOMMENDED