According to some of the Tweets from testers below, this latest iteration features a fixed PS4 Rest Mode as @Leeful confirmed on Twitter that Flockers now works when resumed from rest mode... and from the README.md to quote:

Massive credits to the following:
Testers
From kernel.js: 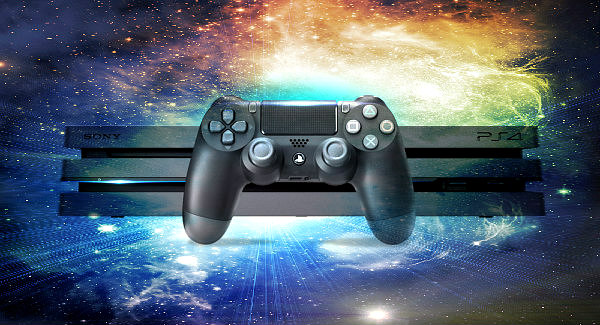 Developer
Senior Member
Contributor
Verified
So are you saying the changelog I posted is also fake? I agree that NulledPointer is a complete fake but the payloads that were released are not.

You can put something on the releases page of github without adding anything to the commits. The commits page is not a changelog and that proves nothing.

Anyway, I dont know why I am defending this person because as I mentioned earler I dont agree with what they did but here's proof of why the releases are not fake.

v2.1:
There was a pull request on SiSTRo's github asking for changes to be made. I incorporated these changes myself, compiled and tested a bin file and found that it had big problems.

I reported these problems and the pull request was closed.
https://github.com/SiSTR0/ps4-hen-vtx/pull/1
You can try this yourself with the release: Try and start a new game in 'Modern Warfare' and it will freeze on a "Installing Content 00%" screen. This is one of the games that this and v1.9 broke.

v2.1.1:
Try this release and 'Modern Warfare' will now load OK because of the removal of the bad patches that was put in v2.1. This release also completely breaks rest mode. Try it yourself and I guarantee you will get an instant kernel panic when you resume.

v2.1.2b
Try rest mode with this and it will not kernel panic anymore because the bad patches were removed like I requested. This version is now the same as v2.0 but with the added dev patches.

The dev patches added in v2.1.1 and v2.1.2b:
Here is a test to prove that the 'sys_dynlib_dlsym' patches were added to these releases.

There is a game called 'Transistor' that will not normally load because it needs a fix to be run before it or it will not load.
This fix is basically a corrected 'sys_dynlib_dlsym' patch value.
If you try to run this game without running the fix it will just freeze at the loading page.

If you run either v2.1.1 or v2.1.2b of HEN 'Transistor' will now load without the fix because the 'sys_dynlib_dlsym' patches are included in these versions of HEN.

At the end of the day it it up to yourself who and what anyone beleives.

People are totally correct in being cautious when something like this happens but I have absolutely no reason to lie about any of this. I am a reliable and trustworthy person and I just wanted to put the facts out there to try and clear up any confusion.

Another thing to note is that basically v2.1.1 and v2.1.2b have no advantage over the v2.0 release to the average end user. (apart from the 'Transistor game' I mentioned) so if anyone feels uncomfortable just stick to the v2.0 version and all will be fine.

Developer
Senior Member
Contributor
one real patch he made is adding yourself to credits list all others are useless like adding unnecessary patches which was found on internet (not found by him) then removing them LOL really serious dev , want stable HEN? then remove all unnecessary patches like enabling debug menu

last real HEN is 2.0 by sistro use this

Developer
Senior Member
Contributor
Verified
@oneman123 I totally agree with you.
The patches are useless to the end user and v2.0 is the one that people should be using.

The point I was trying to make is that originally yourself and others were saying that the releases were Fake and that the only thing different was the version number.

I was just pointing out that this was not the case and the payloads contained what they said they did. Even though they are of no use to the end user.

As I have said right from the very beginning. These should have been released as a HEN-MOD and not as the next HEN release in the chain.

This proves that they are not just a recompile.

As I said before. you can upload anything in the 'releases' section on github WITHOUT updating the changes in the commits section.

Member
Contributor
Verified
my ps4 shutdown when activate both of hen 2.0 or mira+hen!! is it a problem in my ps4 or what!?

Member
Contributor
@Leeful sorry bud i meant the same as in it enable homebrew and running fpkgs each version executes the same functions u see not the same as in bug fixes and so on i get each version improves on performances and stability and so on but i just meant that from 1.5+ they still do the same thing... nothing new really made the scene go HOLY MOLY now that is something... i appreciate the new homebrew and all but as an end user i'm just happy with the devs work like currently for me 5.05 jailbreak perfect LINUX meh emulation on ps4 also meh point is i got all that on pc.

BUT LETS ADDRESS the elephant in the room here man why is it that SWITCH is getting MURDERED EXPLOITED and MASSACRED by developers while the PS SCENE is dying??? ok ok ok ok ok 6.50 jailbreak is out there but why not make us end users happy... SWITCH DAY 1 UPDATE DAY 2 exploit released to public and i'm like WHAT BUT WHY.

Member
Contributor
Verified
Any news about 6.20 Webkit and Kernel