PS4REN: PS4 Remote Play Enabler for 5.05 by Golden and SiSTRo!

Today is the first snowfall here, and following the previous PlayStation 4 Remote Play developments, patchers and enablers for non-activated consoles developers golden (aka xemio, cloverleafswag3 and @g991) and SiSTR0 (who helped @CelesteBlue with PKG2USB Payloads) have now made available PS4REN which includes the ps4ren.bin payload and is a PS4 Remote Play Enabler for 5.05 jailbroken consoles!

To quote from the README.md: ps4ren - PS4 Remote Play Enabler

Only for 5.05 Jailbroken PlayStation 4 consoles!

When you load payload, it will simulate the IDU mode with patches, this will allow you to enable to register any device for remote play from the options menu.

During IDU mode there are some limitations in the UI such as the disabled PS button event.

It is recommended to reboot after finishing the registration of the devices.

I do not take any responsibility in case of damage. Use at your risk.

Thank you to golden who created his magical jkpatch - Twitter: @cloverleafswag3 psxhax: g991

Update: Also below is an Offline PS4 Remote Play via a PS4 Remote Play Patcher by MysteryDash to enjoy playing on your PS4 from your computer (WLAN/Ad-hoc) without the need of an Internet connection with details as follows, to quote from the README.md:

Ever wanted to use your PS4 on your local network but couldn't because you didn't have an Internet connection available? Here's the solution!

Before we get started, a little message for Sony

Hello Sony, If you ever happen to read this, don't you think it would be nice to have this feature built-in?

Think about it like this for a second: you are going on holiday with your PS4 and your laptop because you have no other display available for it. Most laptops aren't shipped with an HDMI input port so you can't directly connect your PS4 to your laptop's screen. However, what you can do is connect your laptop and your PS4 with an ethernet cable and use Remote Play... until you realize that you need an Internet connection to start the software.

Looking for updates is nice, but is there really a point in preventing players from using their console because they don't have an Internet connection available all the time?
Incidentally, if you have any problem with me posting this, please don't hesitate to contact me.

Supported versions of the Remote Play

You can find older versions of the Remote Play on the Internet Archive: Wayback Machine!
Getting started

For various reasons, I can't give you the patched executable. However, I can still tell you how to patch it yourself.

You will need to download BsPatch and the Patches.zip file. Extract the patch of your choice and execute the following command :

Code:
Then you have to start RemotePlay-Patched.exe to enjoy your PS4 Remote Play offline experience. I'll describe below another method to do the same thing without having to change RemotePlay.exe itself.

Will Remote Play work as usual?

Yes, every aspect of the original Remote Play have been kept, except for the updates window, which will not even appear with the latest version of the patch.

I don't trust those patches thrown at me like this...

... and that's perfectly fine. Here are the steps so that you can reproduce the patch (the first version) by yourself:
If you wonder why we aren't just removing ShowDialog and setting the two assignments under to false directly, that's because it triggers my A/V for some reason.

I usually appreciate contributions, however, this time, I will decline every pull request containing an executable or a patch. Suggestions are welcome! 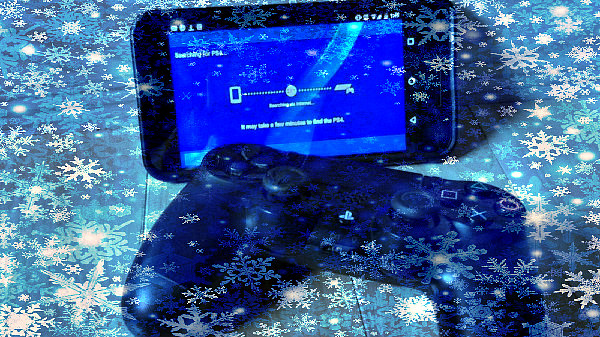 Senior Member
Contributor
Verified
tested with my pc laptop. working like a charm.

Member
Contributor
Thank you so much very very useful

Member
Contributor
Verified
Im a noob, does this mean i can activate my 5.05 console with psn account or not eg (so i can transfer game saves to usb)

Member
Contributor
how do u use it then?

Member
Contributor
Verified
I've tried the IDU method and it seemed to be very choppy with a lot of lag. Can anyone confirm if that still seems to be true or not?

Senior Member
Contributor
Verified
Work perfect, Once activated the Psvita, I have restarted the PS4 and ready. It is not necessary to do the process again, it connects automatically. Thank you. It would be nice something similar to Add the PSN Account.

Member
Contributor
Verified
Thanks for the news.
Tested in my notebook and it works perfectly...

Senior Member
Contributor
The info states that "it will simulate the IDU mode with patches". Why would there be any risk if IDU is only "simulated"?