PS4 CFW and Hacks       Thread starter PSXHAX       Start date Jun 30, 2019 at 3:37 AM       9,549       21
This weekend PlayStation 4 developer @seb5594 (Twitter) made available on his Github repository a PS4KernelDlSym Symbol Resolver / List Creator which is a tool for PS4 scene developers that analyzes all direct calls to ps4KernelSym dynamically generating an offset table containing all kernel symbol names for reference.

This release matches the requirements from README (https://github.com/seb5594/ps4KernelDlSym-reference-analyzer/blob/master/README.md).

I am unsure about the 32 bit (x86) disassembler library, because this application runs on my PC, even if all dependencies are deleted. That's the reason why i am giving out all dependencies. If some resource is not required, open an issue!

And from the README.md, to quote: ****** ps4KernelDlSym Symbol Resolver

The ****** ps4KernelDlSym Symbol Resolver is a windows forms application (requires .NET 4.0), which has been made to fit my needs for ps4 compiled payloads using as example my version of Hitodamas open source PS4 ***. This tool has been made to generate dynamically an offset table containing all kernel symbol names and the corresponding offsets, where are getting called in a executable.

Requirements (for usage)
How does it work?

This application uses the open source disassembler library Capstone.NET, which is a core functionality to analyze function calls in x86_64 assemblies compiled binaries (payload/s), for further development reasons, by extracting the text sections of the payload elf file using ElfIO by therifboy it resolves all absolute calls to ps4KernelDlSym and it outputs a list of all symbol name(s), which are required to execute the payload! The resulting output will be displayed as a raw list (default) or in a c-styled array (my preferred way).

The GUI offers the possibility to order the result in execution order or alphabetical. It is also possible, to output the result in a c-styled array!

Feel free to submit pull requests, to improve the development of this project! 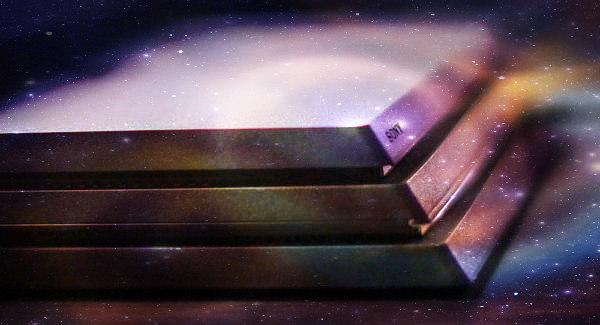 Senior Member
Contributor
what now? another playground for hackers

then when y'all give us Permanent CFW for ps4

Senior Member
Contributor
Verified
Tool is never too much. Nice

Senior Member
Contributor
Verified
I wish they would release another emulator for the ps4, there are not enough. Thankfully this is for end users to enjoy! No wait... the scene is still horse crap!

Developer
Member
Contributor
It would be really neat if he showed an example of how it works, as a lot of payloads that I end up building with the *** are typically just binary exploit payloads...

I was expecting at least one 'eta wen' whiner.

Developer
Senior Member
Contributor
Verified
@showmethehax it's funny how you think a modding scene that doesn't allow you to backup games and mod/cheat online ...is horse crap. Can't wait to see how you're gonna feel when eventually sony, MS and nintendo all adopt the stadia model and there will be no digital downloads or physical games anymore, hence nothing to steal and or mod online.

This scene isn't horse crap, its a result of companies making security tougher to protect their I.P. and the stadia model gives them exactly that. I wonder what you think of the XB1 scene!? oh wait , there isn't one.