With latest stability improvements, reliability is at about 80%. This document will contain research info about the PS5, and this exploit will undergo continued development and improvements as time goes on.

To use the ELF loader, run the exploit until completion. Upon completion it'll run a server on port :9020. Connect and send your ELF to the PS5 over that port and it'll run it. Assuming the ELF doesn't crash the browser, it can continue to run ELFs forever.

Stability for this exploit is at about 30% 80-90%, and has two potential points of failure. In order of observed descending liklihood:
Research Notes
Contributors / Special Thanks
Thanks to testers

And from the homebrew PS5SDK README.md: PS5 ***

An *** to build payloads/ELF files compatible with the loader in the PS5 WebKit+Kernel Exploit chain.

Note: As this *** is a work-in-progress, it's subject to major changes between releases until it approaches a stable version (1.0).

This repository contains source code and documentation for a work-in-progress Software Development Kit (***) for the PS5. It contains the headers, libraries, and helpers to build ELF files for the PS5. Currently, it's intended mostly for payloads to load into the WebKit-based ELF loader, though it can also be used for simple homebrew. It cannot build full proper applications at the moment, as we do not have full homebrew support.

Header files as well as the C Runtime (CRT) is a WIP and will require updating; feel free to fork and submit pull requests to update support. This is especially true for Sony-specific library functions.

C++ standard library (STL) is not supported, though bare-metal C++ should work.

For applications/payloads, payload_main() is the entry routine. It takes a struct payload_args pointer for an argument. These arguments are provided by WebKit when loading the ELF. They contain information necessary for dlsym as well as kernel hacking if needed. This struct is provided in the ps5/payload_main.h header, and should be included in every project.

Code:
dlsym and payloadout should be ignored as they're used by the CRT internally. rwpipe, rwpair, and kpipe_addr should be passed through to kernel helper kernel_init_rw() for internal use. kdata_base_addr is provided for convenience for kernel hacking. To see how these args should be used and how kernel hacking works, see the pipe_p!rate example.

Some examples (such as pipe_p!rate) are firmware-dependent as they have offsets that are specific to that FW. For these types of projects, ensure the PS5SDK_FW environment variable is set. For example, if you're targeting 4.03, PS5SDK_FW should be set to 0x403. Below are currently supported firmwares for kernel hacking:
Offsets that are common such as ones used by examples are in /ps5/kernel_offsets.

There is a kernel_helper header and CRT support for arbitrary read/write. For more information, see docs/kernel_hacking.md

This *** utilizes cmake and ninja for it's build system. The toolchain file can be found at cmake/toolchain-ps5.cmake. If you wish to build a project outside the source tree, ensure to set the PS5SDK environment variable to the root path of this repository.

The root CMakeLists.txt builds the CRT in /crt and /examples projects. Each example project has it's own build files, which can be referenced or copied to use in your own projects.

First, clone or extract this *** to a directory, and set the PS5SDK environment variable to point to it. These instructions can be used for the *** root as well as any projects that use the example CMakeLists. The *** library must be built first if you're not using a release version.

Note: The build.sh script contains the below commands to run easily, assuming the PS5SDK env var is set.

Dynamic library symbols are resolved at runtime via dlsym() from libkernel. This is handled by the CRT before the payload entrypoint is ever called. Libraries that are supported in the *** will have a source file in /crt as well as an accompanying header file in /ps5. Over time, we'll add resolving and declarations for more functions.

See docs/dlsym.md for more information on how to add support for functions or libraries.

This project is licensed under the GPLv2 license - see the LICENSE file for details. 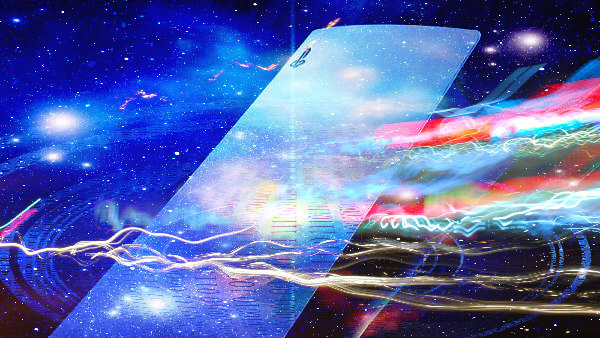 Senior Member
Contributor
Verified
We are getting closer, thanks and well done !

Member
Contributor
Verified
Thank you for the update. Hope more will come out in the scene!

Member
Contributor
Verified
Hi - after a very lengthy time watching eBay auctions, I finally got my hands on a 4.03 firmware PS5. Whilst we wait for a full jailbreak, could anybody advise whether this is best left on a shelf or whether I could buy a game like Fifa23 disc to play offline... in other words do retail discs require firmware updates and if so, is there a way to determine which retail games are 4.03 or earlier?

I really don't want to risk the kids accidentally applying an update or something so would prefer it if it didn't say "click x to install" etc.!