In PS5 News today with the official PlayStation 5 Launch less than a month away kicking off the PS5 Scene a Burger King teaser hints at the PS5 UI (User Interface) reveal possibility on October 15th, and here's the latest PS5 trailer videos for Bugsnax gameplay, the Sackboy: A Big Adventure story, some DIRT 5 Italy Rally Cross gameplay and a Watch Dogs: Legion trailer dubbed 'Reclaim Your Future' below!

We've spent some time exploring the island of Bugsnax and meeting its grumpus inhabitants, which reveals how story driven and puzzle-oriented the game will be.

Bugsnax is a bright, colorful game about bugs that are also snacks. But with our first hands-on preview of the game, we discovered that it's also a pretty involved, narrative-driven game, and that understanding and capturing each of the 100 bugsnax scattered throughout the game's island is going to take some brainpower.

Check out the first 31 minutes of Bugsnax in the video below, with a little light commentary from Wild Horses president Philip Tibitoski and GameSpot's Phil Hornshaw as he plays the game on PC.

The opening portion shows how you'll venture to the island of Bugsnax, encounter other grumpses, the Muppet-like people of Bugsnax's world, and help them solve problems. Those problems tend to involve catching and eating bugsnax, but to do that, you'll have to observe the behavior of each variety and learn how to catch them.

It's all in service of a larger story in which you meet Bugsnax's 14 inhabitants, learn their stories, and help them with their problems. But your ultimate goal is to solve the mystery of what happened to their leader, Elizabert Megafig, and uncover the full story of the island.

Prepare to take Sackboy on an epic 3D platforming adventure with your friends. Pre-order Now!

In the near future world of Watch Dogs: Legion, London is oppressed by opportunists who rose from devastating terror attacks. The fate of London lies with you, and your ability to recruit a resistance and fight back.

With an entire population of potential recruits and the city’s technology at your fingertips, you’ll need to hack, infiltrate, and fight your way to a liberated London. Welcome to the Resistance!

Watch Dogs: Legion will be available on the 29th October 2020 on Xbox One, PS4, Epic Game Store, Uplay and Stadia. Xbox Series X/S and PS5 will be available from consoles’ release. More information on watchdogsgame.com.


Finally, following the PlayStation 5 Showcase, Win a PS5 Doritos Promo, rumored PS5 User Interface (UI) Boot Startup leak and PS5 Teardown Video comes a PS5 UI Teaser from Burger King and PlayStation hinting that 10/15 may be the official unveiling of Sony's next-generation PS5 UI... we can only hope, and feel free to drop by the PS5 Forums to share your comments!

Update: The Burger King PS5 sweepstakes starts today in the US with a PS5 Box Reveal video below! Here's all the details straight from PlayStation Global Brand Partnerships Senior Director Jill Erb to quote:

The launch of PlayStation 5 is just weeks away! And we’re teaming up with our friends at Burger King on a new launch promotion.

Starting today, Burger King guests who purchase the 2 for $5 deal in the US will have a chance at winning a PS5 console.* Here’s how it works:
The promotion kicks off today, October 15 through November 22, and is expected to expand into select international territories in the weeks ahead – we’ll keep you posted! 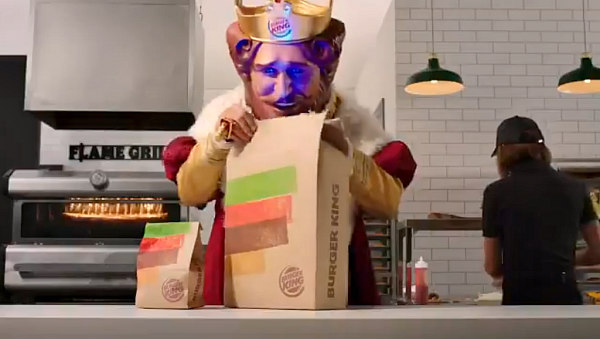 Staff Member
Moderator
Developer
Senior Member
Verified
I wonder how many people are going to eat at Burger King on the 15th to try and win a PS5 console, I never win these giveaways.

Senior Member
Contributor
Verified
@jwooh those are all fixed lol. I never hear of anyone winning. Or have I ever seen any of those consoles for sale. That would be pretty sweet though.