Here are some additional changes you can expect to see if updating to PS4 Firmware v4.0 (which is expected to block the 3.55 Playground / 3.55 PS4Console) alongside a PlayStation 4 System Software 4.00 Update demo video thanks to @Jeff for sharing in the Shoutbox:

In addition to updating the Quick Menu to make it easier to access without leaving your game by having it cover only a portion of the screen and making it more customizable, we’ve also added several new items to the menu. One new addition to the Quick Menu that wasn’t featured in the beta program is an enhanced Music section to allow you to discover, play, and control Spotify without needing to open the app.

From the Music section of the Quick Menu you’ll now be able to play, pause, skip, shuffle, repeat and save songs. The Music section also allows you to discover recommended playlists for the game you’re playing and view your saved Spotify playlists and songs. When you select a playlist, you’ll be able to see all upcoming songs and choose to play all, or select an individual song to listen to from that playlist. 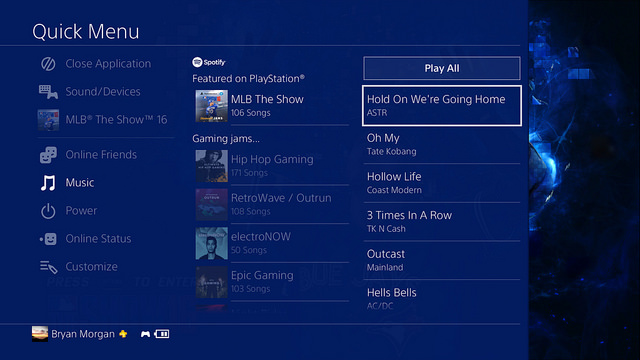 In anticipation of the release of PS4 Pro on November 10, 2016, we’re adding a number of features that will support the system’s ability to output high-resolution content. This update will enable the following on PS4 Pro:
High Dynamic Range (HDR)

When we announced PS4 Pro and the new slimmer PS4 last week, we also announced that all PlayStation 4 systems — back to the very first console sold in 2013 — would be HDR capable. After updating your system to version 4.00, you’ll see HDR settings in the Video Output Settings and be ready to enjoy HDR gaming and entertainment content once it’s available on any PS4 system you own. Of course, you’ll need an HDR compatible display as well.

What’s New has been redesigned and now includes more information about what your friends have been doing on PS4.

The left column includes the new Activity Feed, which has larger images and easily accessible options to like, comment, or reshare. The right column includes sections for Now Playing, Trending, Players You May Know, and Who to Follow. 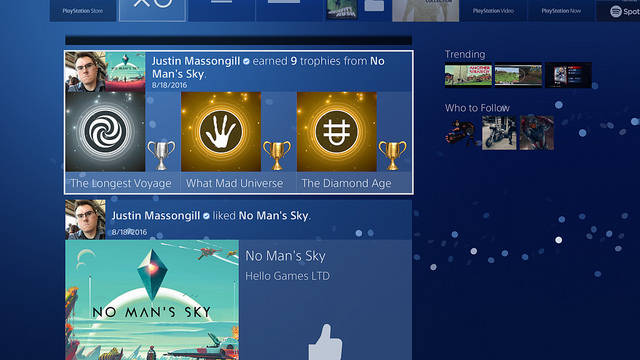 We’ve given a similar redesign to the content info screen, which you can access by pressing down on a game tile while on the home screen. You’ll be able to easily select from a variety of options to view a game’s Overview, Trending media, Friends and Communities, Activities, and related PlayStation Store content. 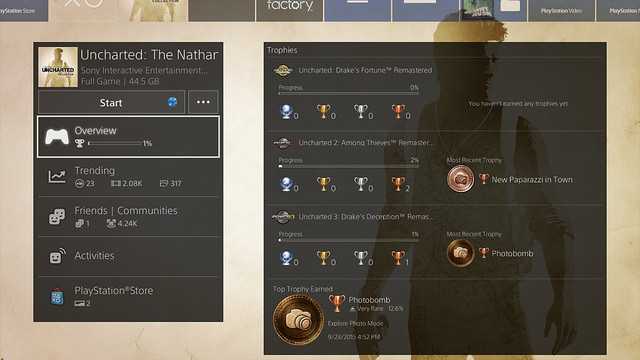 In order to make it easier to get all of your data from one PS4 to another, especially if you upgrade to PS4 Pro, we’ve added the ability to transfer data over a wired LAN connection. You can transfer games, user info, and saved data. Of course, you can re-download content and transfer saves through the cloud, but the LAN transfer should be much faster and easier.

Those are just some of the more prominent additions making their way to PS4 in this update, but there are a number of other refinements to the system software overall. Please enjoy!

Staff Member
Moderator
Verified
There are a few demo videos in the following articles that may be of use:

PSXHAX said:
There are a few demo videos in the following articles that may be of use:

I updated the OP with the following links now: