Following the Adieu PS4 Kernel Exploit and his confirmation yesterday, today the PS4 scene is LIT AS F*CK for the holidays with the RELEASE of a fully implemented kernel exploit for PS4 v4.05 Firmware by @SpecterDev via Twitter alongside a debug_settings.bin Test Payload! Howbow dah, Sony?

To quote from the README.md: PS4 4.05 Kernel Exploit

In this project you will find a full implementation of the "namedobj" kernel exploit for the PlayStation 4 on 4.05. It will allow you to run arbitrary code as kernel, to allow jailbreaking and kernel-level modifications to the system. This release however, does not contain any code related to defeating anti-backups mechanisms or running homebrew. This exploit does include a loader that listens for payloads on port 9020 and will execute them upon receival.

You can find fail0verflow's original write-up on the bug here, you can find my technical write-up which dives more into implementation specifics here (this is still in progress and will be published within the next few days).

The following patches are made by default in the kernel ROP chain:
Notes
Contributors

I was not alone in this exploit's development, and would like to thank those who helped me along the way below.

If anyone is seeking the official Sony PlayStation 4 v4.05 Firmware (OFW), here are some mirrors in order to Update to a Specific PS4 Firmware: Firmware.v4.05.PS4.iNTERNAL-PS4FW

Those looking to buy a PS4 v4.05 console see the update HERE for a list of bundles most likely to be on 4.05 (or lower) when in new / unopened condition.

For those that prefer to Host Your Own PS4 Webkit Exploit Page see the guide, and below is a tutorial from tunip3 on:

How to Install the Debug Settings or Run Other Payloads on Your PS4 v4.0.5

This guide will not mention how to access the browser. This guide uses Specter's 4.0.5 kernel exploit. You will need to find your PS4 IP on your local network. This guide will also work for linux just replace the nc.exe with nc

Code:
Hope everyone had a Merry Christmas! Here's the 4.05 kernel exploit, fully implemented. Enjoy! Write-up coming soon!
After @SpecterDev released his exploit, i'll prepare stuff within a couple of days, someone need to backport it from 4.55 to 4.05, not hard to do. not sure if it will be a write-up or just snippets of code, let's see
I've also uploaded a test payload you can use after the kernel exploit runs that jailbreaks and patches the kernel to allow access to debug settings, just needs to be netcatted to the loader via port 9020.
[4.05] PS4 DEBUG SETTING BY SPECTER
PS4 4.05 PKG INSTALL
Someone told me this is not working yet. That is not correct. PKG installs fine. The problem is you would need a license file to play the content. PKG must be on root of USB just like on 1.76. Exciting times....
uart enabler for 4.05

Code:
right, i only solder 1 wire (tx on ps4) and attach gnd wire to hdd cage, then using like 5$ uart to usb i listen on arduino(serial montor). very simple.
if anyone wants to continue trying to port the exploit to 3.55 you can use this, i was as far as trying to leak a good object, rop was working etc, just specters leak could never get a suitable object for the exploit on 3.55

Big THANKS to @ArthurBishop, @hyndrid, @Nesterwork, @ombus, @UmarDaBest559 and everyone else in the PSXHAX Shoutbox for this PS4 4.05 full kernel exploit news and let the jailbreaking begin! 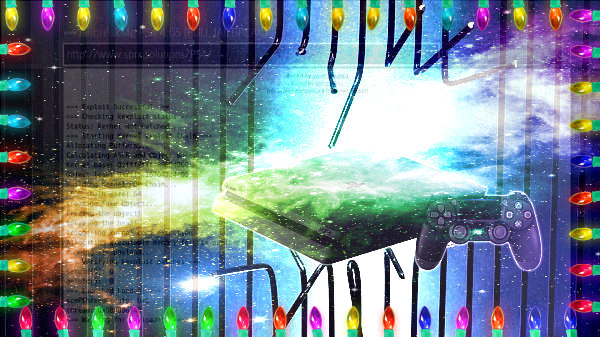 Staff Member
Moderator
Verified
I guess this is living proof since 1.76 that sooner or later a jailbreak for newer PS4 Firmware will come... hopefully for those on 4.06+ the wait won't be too long since scene devs already have private exploits for them.

Senior Member
Contributor
Verified
Good luck to all on..4.05 Wit for my other ps4. 4.73 exploit

Senior Member
Contributor
Verified
As I watched the rain falling through the window, I said to my self oh my god another rainy and sad day, and then, as usual I checked the news on PSXHAX, and I was like OMFG ! this is the best thing to start a day with ! Lot of thanks to PSXHAX, Dev, and all this amazing community !

Senior Member
Contributor
Verified
i have ps4 with 4.05, but how to use this exploit, any tutorial ?